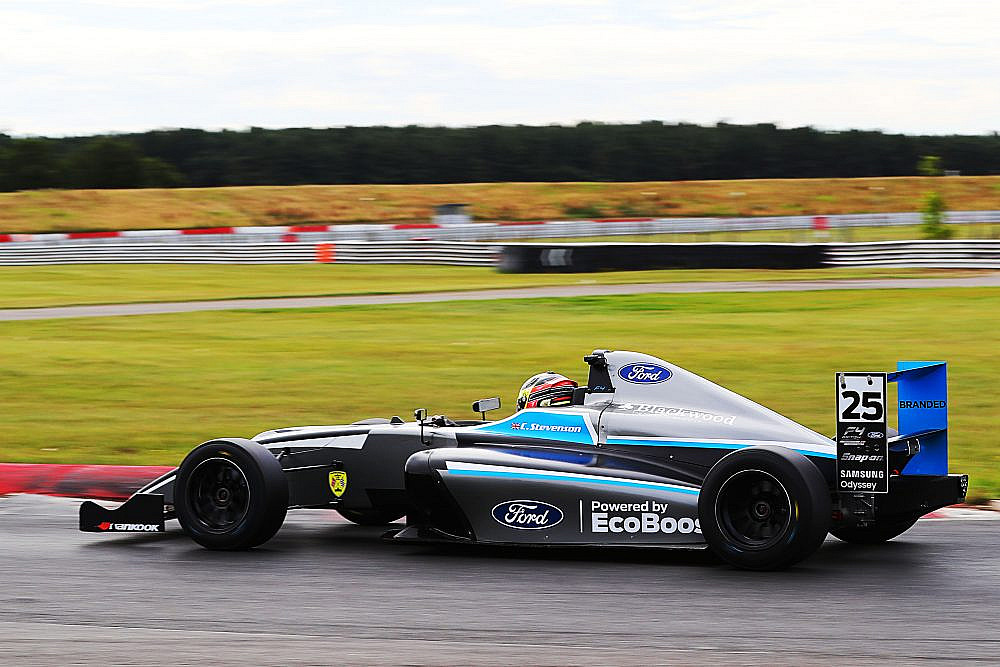 Ginetta Junior grauate Stevenson will race for Double R F4 with Argenti Motorsport in his first season in single-seaters.

The 15-year-old set a 1m51.747s time around Snetterton before the lunch break, putting him less than half a second adrift of last year’s pole position time.

He also completed 95 laps over the course of the day. Fortec Motorsports’ Rafael Villagomez topped the mileage charts with 108 laps.

“It was a great day overall, with many laps and learning a lot about the car and the circuit,” said Stevenson.

“My neck was hanging off at the end of the day, and that’s when you know you’ve gotten the most out of the day.”

Alex Connor was the highest placed returning driver, ending the day fourth quickest for Arden ahead of Fortec’s Roberto Faria and Luke Browning.

JHR Development’s Abbi Pulling was one of four drivers to complete more than 100 laps over the course of the day. She and Nico Pino both completed 102 laps, while O’Sullivan managed 106.