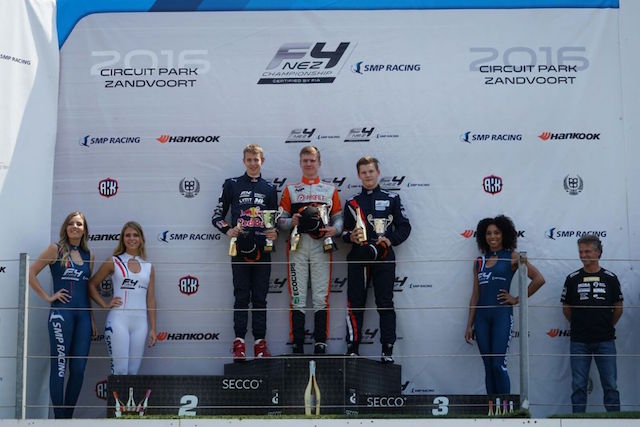 Jarno Opmeer scored his fourth win from sixth starts to boost his SMP Formula 4 Championship lead in the first race of the Max Verstappen Race Days event at Zandvoort.

It was Verstappen’s fellow Red Bull athlete?Richard Verschoor on pole once again, but he again got into difficulty in the race with a poor start relegating him to sixth.

Rasmus Markkanen meanwhile beat Opmeer into the lead from third on the grid, but the Dutch driver would pass the Finn on lap two and won by almost six seconds.

Verschoor charged his way back up to second, relegating Markkanen to third ahead of twin brother Roope Markkanen.

Xavier Lloveras was fifth ahead of?Tuomas Tujula, who was signed this week by Double R Racing to also take part in Spanish F4.

Verschoor later took another pole position for the third race of the weekend.