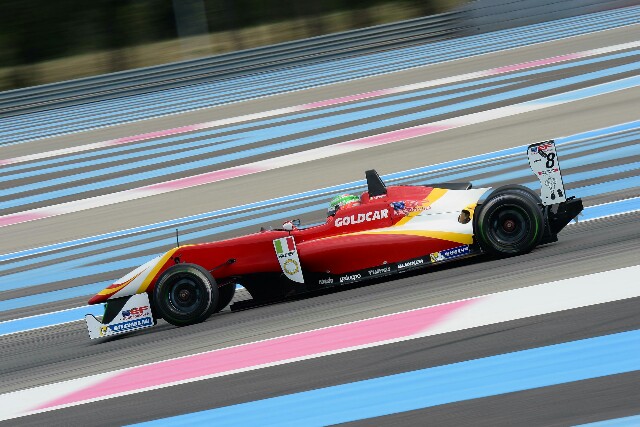 Leonardo Pulcini has won the second Euroformula Open race at Paul Ricard, extending his championship lead in the series and taking his third win this season.

It was a simple race for Pulcini, who jumped pole sitter?and race 1 winner?Ferdinand Habsburg at the start and never looked?back.

It was almost a reverse of yesterday’s race, with Pulcini leading Habsburg in second position rather than the other way around at the finish line.

Habsburg had to fend off a late?attack from?Diego Menchaca towards the end of the race, but was able to keep the Mexican driver behind him, with Menchaca finishing third for the second time this weekend.

Carlin’s Colton Herta drove a lonely race one place down from where he started to finish in fourth position.

Fifth place went to Polish driver Antoni Ptak, who battled his way up from ninth position on the grid to finish ahead of his RP Motorsport team mate Tanart Sathienthirakul?in sixth position. Igor Walilko made up for a poor start by finishing where he started the race in seventh position.

Julio Moreno inherited eighth position on the final lap as?Damiano Fioravanti?retired in the last sector of the track.?Keyvan Andres?finished in ninth position with?Kantadhee Kusiri benefiting from his team mate’s late retirement to finish in the last points-paying position in tenth.