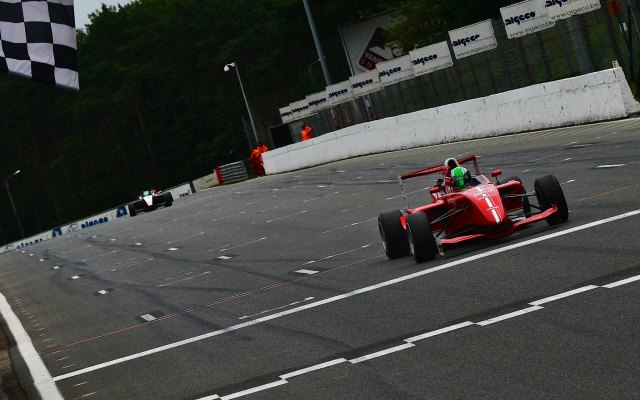 Although it was Larry ten Voorde who took pole position on Thursday, a technical problem forced him to start both races of the weekend from last place.

As a result, Janits inherited the first grid position and he kept it after the start, which saw three drivers, Marcel Lenerz, Paul Sieljes and Boris Kolff retire, forcing the safety car to enter the track.

When the race resumed with nine minutes to go, Janits maintained his leading position, however, Anton de Pasquale, who was running second, lost two spots to Janneau Esmeijer and Ralf Aron.

Without any changes until the finish, the order of the top four was Janits, Esmeijer, Aron and De Pasquale.

A close fight for eighth saw Nico Otto taking it by only 0.028s to Max Defourny, as Cedric Piro completed the ten finishers.