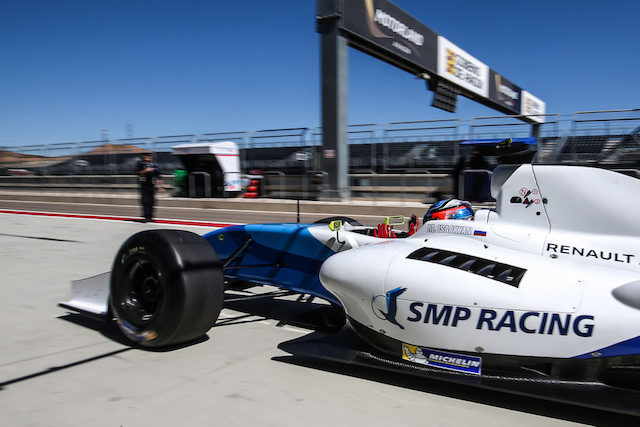 Isaakyan already has a deal to race in GP3 with Koiranen this year after contesting the final two rounds of the 2015 campaign, but has also gone quickly in tests in Formula V8 3.5, topping sessions with Pons at the end of last year and with Teo Martin Motorsport at Barcelona last month.

For last weekend’s test at Aragon he switched to the team running under the banner of his backer SMP Racing in association with the new Spirit of Race entry, and will race in the opening round this weekend.

Atoev had been due to make the large step up from Formula 4 to FV8-3.5 this year alongside last year’s runner-up Matthieu Vaxiviere, but the tall Russian has begun to suffer from back problems according to SMP Racing.

Peter Aleshin, head of SMP’s young driver programme and father of 2010 series champion Mikhail, told championat.ru that Atoev is likely to instead “take part in Euroformula Open, where the loads on the back are not as high”. SMP driver Nikita Zlobin has already made the step down to Euroformula Open with Teo Martin for this year.