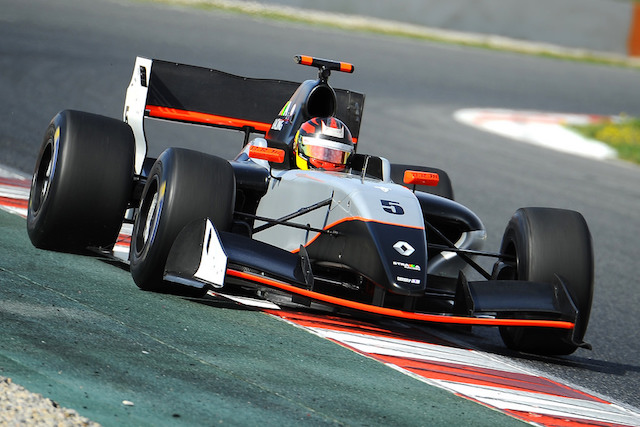 Strakka Racing won’t be on the Formula V8 3.5 grid for the opening round of 2016 at Motorland Aragon this weekend.

The team won two races last season with Tio Ellinas, who finished fourth in the standings and was signed to a management deal with the outfit. It ran GP3 graduate Emil Bernstorff and Dutch driver Beitske Visser in testing at Barcelona last month, but has not secured a deal with any drivers in time for the first event.

Visser is entered for Aragon with Teo Martin Motorsport, after switching to the team for last weekend’s test at the circuit near Alcaniz.

“We had fantastic support from both the championship organisers and our own partners, everyone doing everything they could to make it work but it is getting harder and harder to find drivers capable of raising the funds necessary,? said?team principal Dan Walmsley.

?Everyone at Strakka is extremely disappointed by this decision and we would especially like to thank Jaime [Alguersuari Sr] and the team at RPM for their support.

“We really like the championship; it offers great value and proper racing. It?s simply a question of economics and a wider problem of young drivers increasingly struggling to fund single-seater racing.

“Strakka still wants to have a single-seater presence and both cars are prepped after a winter rebuild and are ready to go. Should we get the chance to return at some point, we would be ready.?

Strakka will still be in action at Aragon in the Renault Sport R.S. 01 Trophy with former Red Bull Junior Lewis Williamson driving alongside Tim Sugden, who has been involved in the management of Strakka’s single-seater operations.

Strakka’s no-show leaves the Formula V8 3.5 grid likely to stand at 15 cars for the first event since Renault withdrew its support last year.