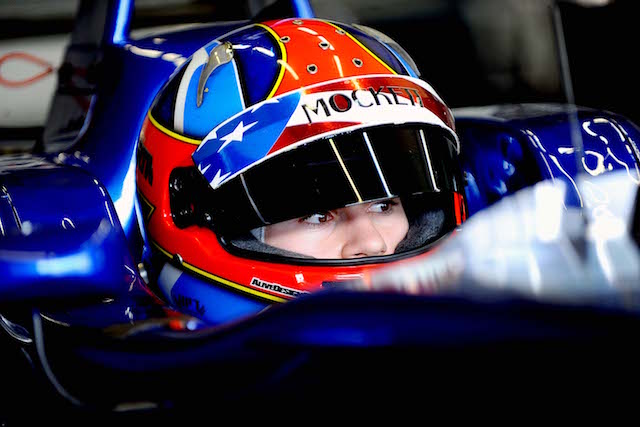 Colton Herta will compete in the BRDC British Formula 3 Championship after all as a stand-in for Lando Norris at Brands Hatch this weekend.

Herta was due to race in the series this year with Carlin before making a switch to Euroformula Open, citing the fact he would not have been old enough to compete in last month’s opening round at Snetterton.

Norris will be forced to miss two BRDC British F3 rounds this year due to clashes with his primary programme in Formula Renault 2.0, with the Brands Hatch event taking place while he will be at?the Eurocup opener at Aragon.

Horta gained experience of the BRDC British F3 car during pre-season testing, including at Brands Hatch.

?I?m really happy to get the racing started this weekend after what has felt like quite a long off season for me,” said the American. “I want to say a big thank you to Trevor [Carlin] for this opportunity and also to Lando.

“I?m very familiar with the BRDC car which should mean I can be on the pace straight away. The aim is to finish off what Lando started at the first race and win races! We?re pot hunting and I want to keep that trend going.?

Carlin added: ?Colton makes the perfect substitute for Lando, having started season preparations in the BRDC car earlier this year.? We know he has excellent pace and I?ve no doubt he?ll be a great asset to the team this weekend at Brands Hatch.?