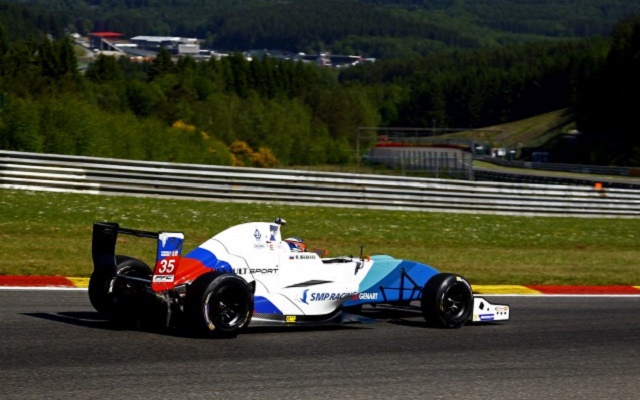 Isaakyan, who has now finished four of the last five Alps races in the top two, headed home a 1-2 result for his team JD Motorsport.

The Italian squad had previously locked out the front row, with Thiago Vivacqua on pole, but Isaakyan passed his teammate on the opening lap to take control of the race early on.

The Russian was allowed to storm off as Vivacqua was embroiled in a heated battle for second, just barely keeping Jake Hughes at bay for much of the race.

A late safety car, brought out for a three-car pileup involving Stefan Riener, James Allen and Danyil Pronenko, could’ve made for a twist in the race as the green flag was waved with just two laps to go.

But Isaakyan checked out immediately and Vivacqua held off a group of drivers, finishing a career-best second, 3.4s adrift.

Koiranen’s Philip Hamprecht was sixth, ahead of newcomer Alessio Lorandi and Cram’s TJ Fischer, while Bruno Baptista and Daniele Cazzaniga rounded out the top ten.

Jorg doubles up in FR2.0 NEC at Spielberg