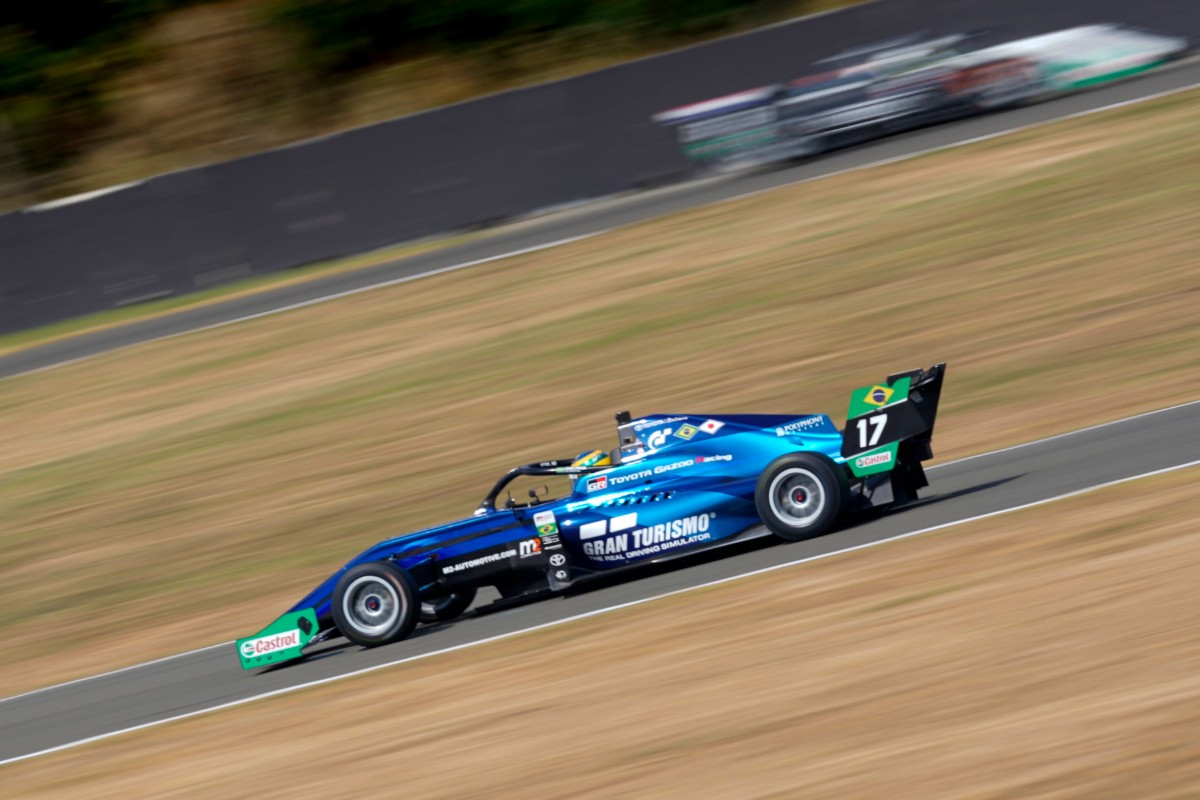 M2 Competition driver Fraga stormed into the lead off the line as Kiwi Motorsport’s poleman Franco Colapinto dropped back to third.

Lawson, who shot up to second at the start, was able to keep the pressure on Fraga in the opening laps, but lost touch with the race leader after an early red flag.

Racing was halted after just five laps when Emilien Denner (M2) and Henning Enqvist (Giles Motorsport) collided on approach to the final corner. Both skated into the gravel at speed and were unable to continue.

On the restart, Fraga broke away from the rest of the field, leaving Lawson to battle with Colapinio for second place.

While they kept up the pace, Fraga also set consistent fastest laps up front, and built a gap of 1.668s by the chequered flag.

Colapinto spent the remainder of the race on Lawson?s tail, but Lawson offered no opportunity to make an overtake. In the closing laps, he began to fall off the back of the title leader, and settled for third 0.650s behind the M2 Competition driver.

He is now the only driver other than Lawson and Fraga who can win the title, with two races to go.

Yuki Tsunoda spent the race leading a four car battle for ninth position, with Jackson walls, Ido Cohen and Oliver Rasmussen all close behind. Despite the pressure, Tsunoda was able to hold onto the position, just 0.645s ahead of Walls.

Kenny Smith, 78, was on the pace in his first race in regional Formula 3 and finished 23s behind the winner.