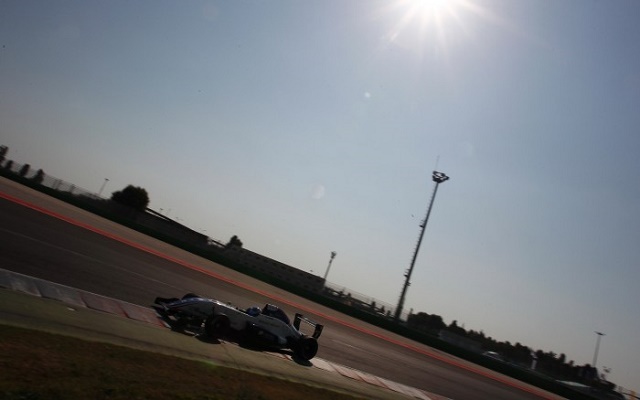 A few hours after losing the Formula Renault Alps championship leader to teammate Jack Aitken, Jake Hughes has reclaimed the top spot in the standings.

Hughes picked up his third win of the Alps season in the second race at Misano, successfully putting up with unrelenting pressure from Matevos Isaakyan.

Jehan Daruvala held pole position, as he did for race one, and just as in race one, he lost several spots on the opening lap, dropping behind Hughes and Isaakyan.

When newcomer Alexey Korneev spun around at Quercia – which would also be the site of a crash between Daniele Cazzaniga and Phlip Hamprecht later on – the safety car entered the track.

The subsequent restart allowed Isaakyan to have a good shot at claiming the lead as him and Hughes ran side-by-side into turn one, but the Briton held on.

They continued to battle for most of the race distance, Isaakyan staying well within half a second of Hughes through the final minutes.

A desperate brake-locking lunge round the outside on the last lap aside, the Russian never did get close to taking the lead and had to take the chequered flag behind Hughes.

Stefan Riener kept Aitken at bay for fifth, while Vasily Romanov fought his way up from last on the grid to seventh, but would still wind up eliminated from the title fight.

With only two October races at Jerez remaining in the calendar, the ball is in Hughes’ court, who leads Aitken by 12 points.

Isaakyan is 23 points off the lead, with Riener and Vivacqua trailing 31 and 37 respectively and 50 available for the final round.