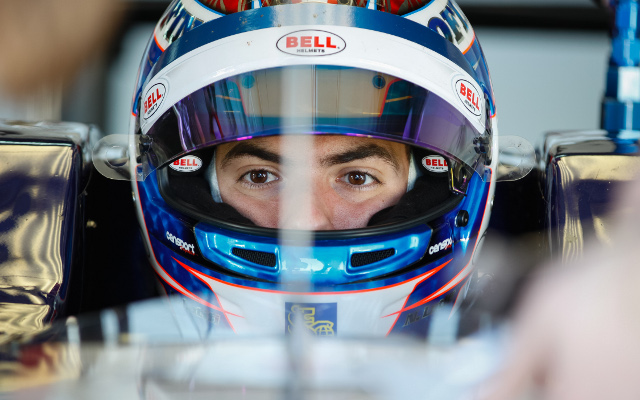 Nicholas Latifi will return to GP2 at the Hungaroring this weekend after securing a deal with the MP Motorsport team.

Latifi takes over the car driven by Oliver Rowland at Silverstone and Sergio Canamasas before that, and will line up alongside team regular Daniel De Jong.

The Canadian made his GP2 debut with Hilmer in Abu Dhabi at the end of last year before competing in Formula Renault 3.5 this season with Arden, claiming best results of fourth.

His plan with the MP team includes “other selected GP2 races during the second half of the year”. He is likely to be unavaiable for Monza due to the clashing FR3.5 round at Silverstone.

?I have never worked with the team before but I look forward to developing a good relationship with everyone. I have driven a GP2 car previously, and raced in Hungary earlier this year, which will definitely help me getting up to speed quicker.

?Nonetheless, I know it will be a big challenge jumping into the car in the middle of the season but my goal is to just gain experience, constantly improve, and close the gap to the leaders with each track session.?

“He has amassed a lot of experience at a very high level over the last couple of years, with impressive performances, and we?re very much looking forward to working with him for the first time.?

Gelael is the second addition to the GP2 field for this weekend announced so far, with fellow FR3.5 racer and F3 graduate Sean Gelael lining up for his debut with Carlin.