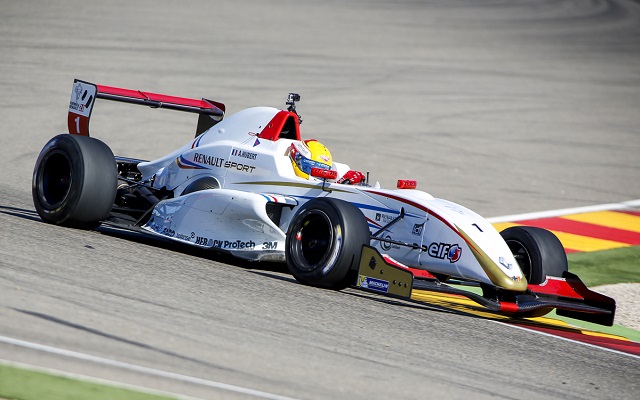 The usual suspects were in control for most of the running with Paul Ricard record-setter Nyck de Vries and usual frontrunner Alex Albon one-upping each other with faster laps.

However, while the Dutchman would curtail his fastest lap attempts coming into the final minutes, it was French F4 champion Hubert who rose to the occasison, taking over at the top.

As the clock ticked down to zero, the Frenchman wound up leading Albon by 0.11s, albeit coming up a little less than two tenths short of de Vries’ morning record.

A last-minute lap allowed Prema Poweteam’s Dennis Olsen into third, with Josef Kaufmann Racing’s Kevin Jorg in fourth between the Norwegian and his teammate Bruno Bonifacio.