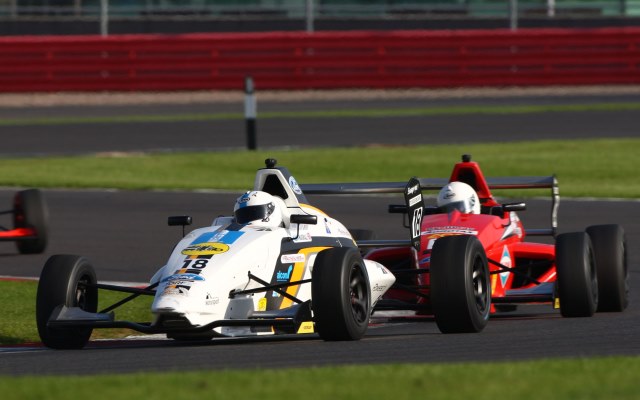 The 19-year-old claimed a treble of pole positions upon replacing champion Dan Cammish in the team for the penultimate round at Silverstone, although his best race result from his six races was a fourth.

He had previously taken three scholarship class wins from six races contested with the squad in 2011.

“My racing career so far has consisted of two Formula Ford meetings in 2011 and two in 2013, plus one outing in the MRF Racing series in India, so my priority is to learn as much as I can,? said Marshall.

?Obviously I want to win races, but my main aim is to gain experience.?

“The EcoBoost Mygale is amazing to drive and JTR is the team to be with, so I have no doubts at all that this season will be a brilliant experience for me. It will be great also to be racing alongside Jayde and Sam, and I know I will learn a lot from them.”

Nick Tandy, factory Porsche driver and boss of the team founded by his late brother Joe, commented: “We have very high hopes for him. He has shown himself to be very quick and spectacular to watch, and we believe that during the course of a full-season programme with us that we can work on his talents, build his abilities and translate them into race-winning performance.

“With Max, Sam and Jayde on board this season, I think that JTR has never had a stronger driver line-up.”