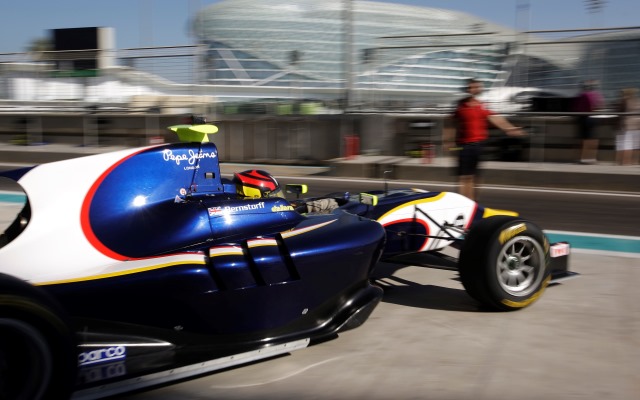 This year’s BRDC F4 champion will get to test for leading GP3 squad Arden Motorsport.

According to BRDC F4, the run will take place in an official end-of-season GP3 test in Abu Dhabi. Arden have taken Mitch Evans and Daniil Kvyat to the past two GP3 drivers’ titles.

The inaugural BRDC F4 champion Jake Hughes was rewarded with a test in a Carlin F3 car, which he undertook in an older-spec F308 chassis at Valencia in December.

“The 2014 champion is therefore bound to be an exceptional talent and I?m confident he will quickly adapt to the 450bhp GP3 car. The Abu Dhabi test will be a great opportunity for our winner to showcase his ability and GP3 could well be an option for 2015.”

Arden sporting director Julian Rouse commented: “With the BRDC F4 championship clearly being the most competitive junior single seater championship in the UK, its 2014 champion is inevitably going to be a great talent. We?re very interested to see how they perform in our Arden GP3 car and the official GP3 Abu Dhabi test will give us the ideal opportunity to do this.”