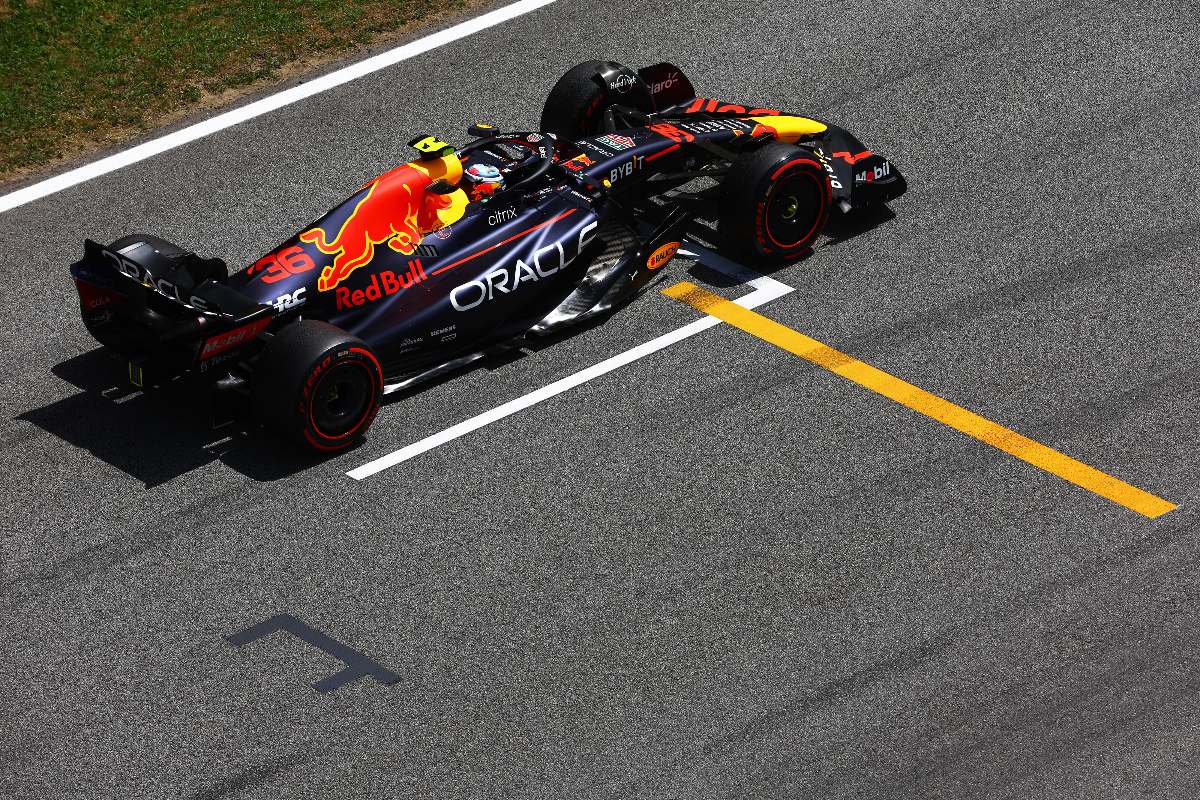 The Friday outing was Vips’ first FP1 appearance in F1, and he did a programme of work in place of Sergio Perez – marking the first time Red Bull has run an additional driver in a grand prix weekend since third cars were banned after 2006.

He is set to do another FP1, as new-for-2022 regulations mandate Max Verstappen must also vacate his car for a session. Vips was slowest at Barcelona, but didn’t do a serious qualifying simulation, and three-and-a-half hours later came second in F2 qualifying.

“It was tough, but in the end it didn’t really affect me at all,” Vips said when Formula Scout asked how it felt to switch from the F2 car to an F1 car and back to F2 on the same day, and how that affected his day’s running.

“Because on the first push lap [in qualifying] I was completely lost, I didn’t know what I was doing.

“Before the start of my last push lap which put me P2, I was dead last. So I was just lost on the first push. But in the end you do another push lap and then it’s fine.”

Vips was reprimanded in F1 FP1 for impeding Mercedes-AMG’s George Russell, which he told Formula Scout about.

“In terms of the reprimand, the team saw that Russell was on an outlap, that’s what the telemetry was showing and that’s what he was.

“But I guess he started an outlap and started pushing immediately for a race run or something like that, and I was just told that he’s on an outlap, that there’s no threats, and I didn’t look in my mirrors and I blocked him.

“It wasn’t anything particular that I was unaware of or anything like that, but yeah… it just happens.”

Reflecting on the experience of his F1 grand prix weekend debut, he said: “It was just amazing. As a racing driver you always want more, so I really wish that I could have done a push lap at least in the end, but I had a certain programme to go through where I couldn’t push, unfortunately.

“But the whole experience was just amazing. When your engineer goes on the radio, tells you that ‘Hamilton ahead’ or ‘Hamilton behind, three seconds’ or something like that, and you’re just like [wow], the names like this that you see on television your whole life when you’re growing up and now you’re suddenly in a session with them. It feels amazing.

“I’ve driven an F1 car before. Obviously the first time is amazing as well, but just taking part in a session of the F1 weekend. It was the next step that just felt really, really good.”

Vips finished 17th from his front row start in the F2 feature race after struggling with a “major issue with the brakes” from the start.