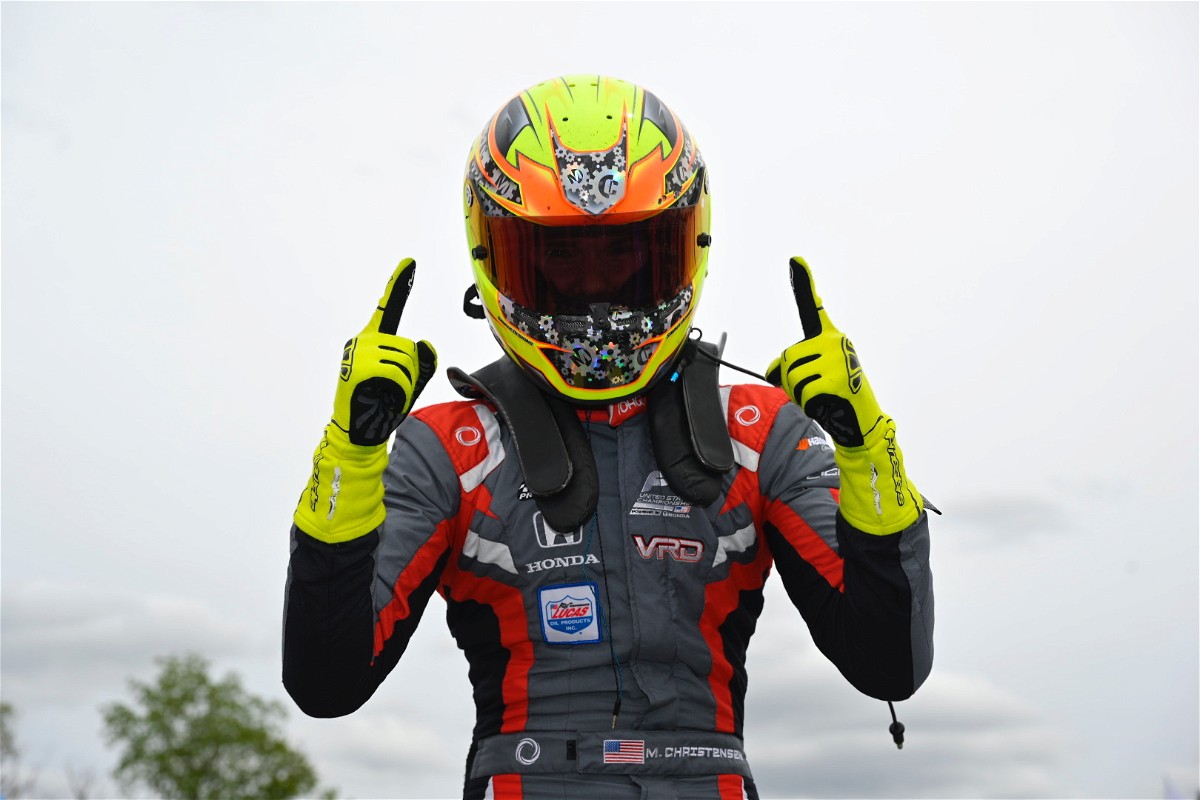 Jay Howard Driver Development’s points leader Lochie Hughes claimed pole, outpacing Christensen by 0.281 seconds and with Crosslink/Kiwi Motorsport’s Bryson Morris the only other driver within a second of his pace.

Hughes jumped the start of race one, but no advantage was gained and he was passed by Christensen on lap one. The new leader had already created a buffer before the safety car was called out as they started lap two, as Ethan Barker had gone off and his car needed recovering.

The lead was reclaimed by Hughes on the restart lap after challenging at several corners, and there was then a four-car fight up front before the top two broke away. Christensen kept himself right behind Hughes until the final two laps, when he started to get alongside at several corners. The move for the win eventually came around the outside of the penultimate corner of the race, but Hughes had a five-second penalty anyway so Christensen was guaranteed victory.

The fight for third was just as dicey, although it went from four cars to three when Gabriel Fonseca crashed on the last lap, and it was Alex Berg who took the final podium spot ahead of Nicholas Rivers and Louka St-Jean as several early contenders fell down the order.

Noah Ping fought team-mate Christensen for race two victory, and it was the latter who triumphed again. Initially there was a five-car lead battle with Morris, Hughes and Berg also involved, and Ping got level with Christensen several times.

The fight for third became so intense that it soon cost them time to the top two, who began trading places, and it again came down to the race’s penultimate corner where Christensen secured the lead and the win.

Berg just won the fight for third ahead of Hughes and Morris, the three seperated by 0.083s.

Ping started from pole for race three and took the victory, while Christensen had to work his way past Berg, David Burketh and then Rivers before he could chase his team-mate, and came 0.357s short of a third win.