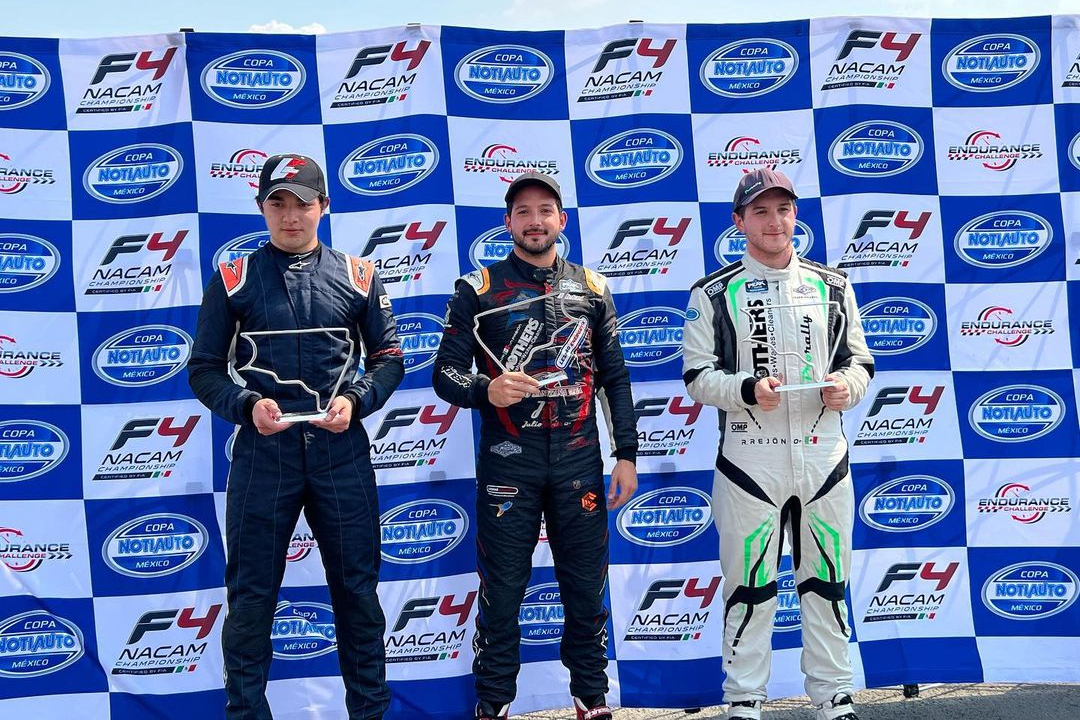 Stock car racing convert Julio Rejon was the star driver in NACAM Formula 4’s second round of 2022 in Mexico City.

Racing on a shortened version of the Formula 1 track, eight cars participated in the three-race weekend it was Rejon who won the first two races.

His control over proceedings began in qualifying, where he claimed pole by 0.241 seconds over Juan Felipe Pedraza, the only non-Mexican on the grid. He had twice that gap to brother Rodrigo in third, who was running a new engine after a failure in the Queretaro season opener.

That was followed up by dominant race one win on Saturday, putting over 17s between himself and Luis Carlos Perez in second. Rodrigo Rejon was only two tenths behind Perez at the end, and a further eight seconds back was Eduardo Alquicira who in fourth was the last finisher of the seven starters.

Races two and three were on Sunday, and there was more of a challenge posed to Rejon. His brother and Perez started ahead on race two’s grid, but he immediately cleared Perez while Pedraza passed several cars to rise to third and keep the top two in sight.

On lap five of 24 the lead changed hands with a canny move by Julio Rejon after several corners of battling, and Pedraza then got past Rodrigo Rejon on the next lap. His race only went downhill from there, as he dropped further away from the top two with every lap that passed.

In the middle of the race he was passed by Manuel Roza, then moments after Perez got by for fourth later in the race he pulled off with a car issue and retired. Meanwhile at the front his brother held a lead of several seconds over Pedraza, which grew in the final laps, to claim his third win.

Race three featured an even closer fight, as Pedraza hounded poleman Julio Rejon from the off. He made his move for the lead at the end of lap four, and Rejon tried to dive back ahead at turn one the next lap but couldn’t do it. His opportunities to pass were then paused when Oscar Alquicira spun off and the safety car was summoned.

Racing resumed on lap nine of 21, and the top three held on to their positions at a crazy restart. Rejon spent the rest of the race in Pedraza’s mirrors, trying a turn one pass five times and on lap 18 almost colliding as he went off-track in his attempts to get ahead, as a dust storm hit the track. Roza passed Rodrigo Rejon for third before the latter retired again.