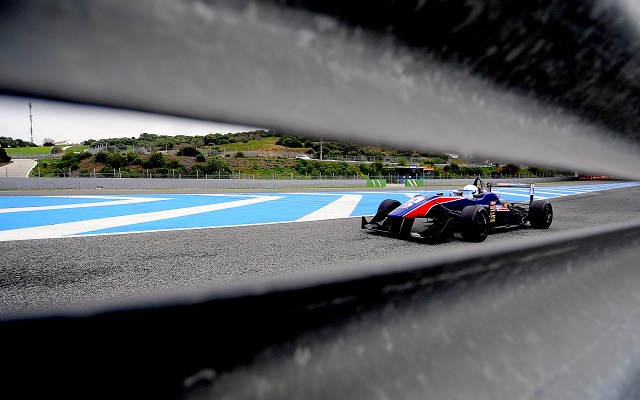 The final day of the 2014 Euroformula Winter Series test at Catalunya ended with Team West-Tec’s Christopher Hoher posting the fastest lap, which was slower than Sandy Stuvik‘s overall best time by only 0.008s.

The 16-year-old Austrian, who is set to spend his debut full-time season in single-seaters after a couple of appearances in German F3 last year, was followed by two fellow rookies – Japanese driver Yu Kanamaru and Alex Palou. The top five was completed by Yarin Stern and Alexey Chuklin, who is yet to be confirmed for the regular season.

Most drivers’ best times of the day came in the morning and, as such, the top five of the first practice wound up matching the overall rankings at the end of the day.

Beating everyone by more than 0.45s, Kanamaru dominated the following session. Artur Janosz from Poland took second with Palou staying put in third. Che One Lim, who had been the quickest driver out of those without a confirmed seat the day before, finished the session in fourth, with Hoher rounding out the top five.

After the lunch break, it was Stern who went to the top. He and DAV Racing’s Tommaso Menchini were in a league of their own, as Cameron Twynham, Stuvik and Janosz, who finished third, fourth and fifth respectively, were beaten by the aforementioned duo by more than 0.6s.

In the last practice of the Winter Series, Hoher took first once again, closely followed by Stuvik and Stern. Karting graduate Palou and 21-year-old Menchini, who finished third in the Copa class last season, completed the top five.

After twenty-two practice sessions, one qualifying and one race, the recently-renamed Euroformula Open Winter Series has now concluded. The opening round of the regular season is set to be held at the Nurburgring on the 3rd and 4th of May.