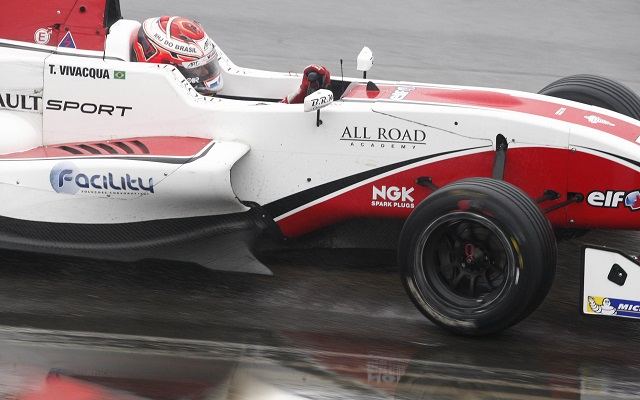 Vivacqua, 17, will join the Alps grid after a successful career in karting, which saw him take two regional titles in his native Brazil in 2008 and the runner-up spot in the WSK Final Cup KF2 class in 2012.

The Brazilian, who is supported by All Road Academy (an offshoot of All Road Management, which oversees the careers of several current F1 drivers and single-seater juniors including Vivacqua’s new teammate Leclerc), made his debut in two rounds of Formula Renault 2.0 NEC in 2013 with a best finish of 15th out of the five races.

The 2014 season will mark Fortec’s debut in Formula Renault Alps. The British team can boast numerous recent successes in other 2.0 categories, including two consecutive Formula Renault 2.0 NEC titles and race victories in the Eurocup and the Protyre Formula Renault series.

“We are extremely pleased to be able to enter Formula Renault ALPS this year,” stated Fortec manager Martin Young. “At Fortec we aim to support our drivers throughout their career and provide complete single-seater transition, from Go-karting to Formula One. Formula Renault ALPS is the perfect starting point for drivers and provides excellent experience on European circuits. I am confident in the combination of experience and potential in the team and am looking forward to taking Charles, Martin and Thiago forward in their careers.”

Fortec’s participation in Alps isn’t likely to be capped off at three entries, as Matt Parry and Jorge Cevallos have previously announced plans to do part-time campaigns in the series with the British team.