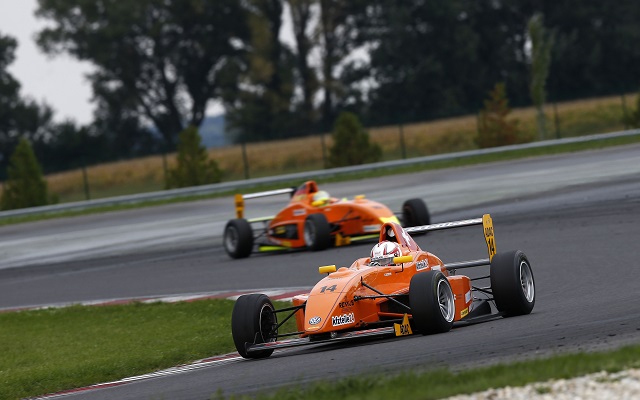 Hamprecht, 16, makes the graduation from karting after a lengthy career in various regional and international categories. He impressed in 2008 in the ADAC Kartmasters Bambini B class, taking sixth overall, while the following years saw him focus on Rotax championships, where he produced solid results.

The young racer impressed Mucke in testing and was swiftly promoted to ADAC Formel Masters for his debut season in car racing.

Maggi, also 16, will embark on a sophomore campaign in the German series, having raced the full championship schedule in 2013 with a best finish of 12th. Prior to his debut in single-seaters, he had a successful career in major karting championships in his native Switzerland.