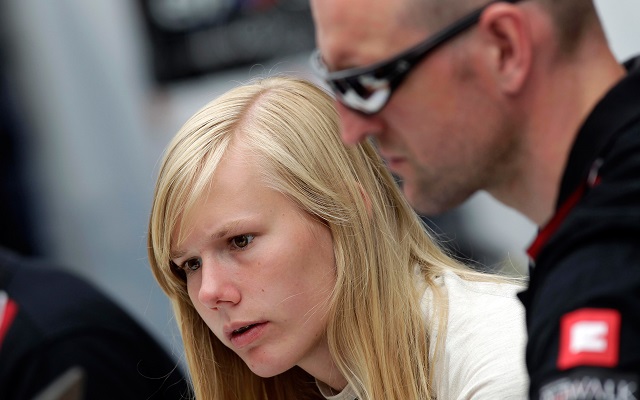 Dutch racer Beitske Visser was quickest in the morning session of day one of Eurocup Formula Renault’s third pre-season testing event at Catalunya.

Visser, who is testing with recently confirmed Eurocup entrants AVF, firmly held on to first place for most of the session and managed to keep it until the checkered flag despite mid-session challenges from Louis Deletraz and Matthew Graham.

Her final session-topping time wound up being three tenths clear of nearest rival Charles Leclerc, who was quick right off the bat on his first appearance in Eurocup pre-season testing.

Graham took third, ahead of Aurelien Panis and Deletraz, while Ignazio D’Agosto was the quickest out of five Koiranen cars in sixth.

Andrea Pizzitola and Alex Albon, who will both be heading into their third year in the Eurocup, took seventh and eighth respectively, while Bruno Bonifacio and Hong Li Ye rounded out the top ten.