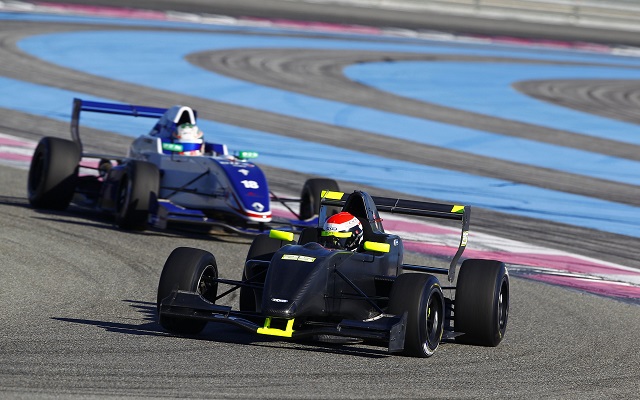 26 drivers will take to the Catalunya track over the course of the next two days as part of the third event of the Eurocup Formula Renault 2.0 pre-season testing schedule.

Monegasque karting graduate Charles Leclerc will make his first appearance in official Eurocup testing with Fortec, having previously confirmed plans to race with the British squad in the 2014 Alps championship. He will line up alongside the team’s confirmed Eurocup racers Matt Parry and Martin Rump for both days.

Everpresent pre-season frontrunner Alex Albon will continue with KTR alongside Gregor Ramsay and Jules Gounon. Louis Deletraz will do another test with JKR, having signed on with them for a sophomore campaign, as the team also fields confirmed Eurocup driver Kevin Jorg.

Briton Matthew Graham will be present on both days, albeit with two different teams – China BRT on Monday and AVF on Tuesday. The former team will also field Sun Zheng for the entire test, while AVF will give two days to female racer Beitske Visser.

Finally, both Manor and ART will make do with two cars – the former running Andrea Pizzitola and Julio Moreno and the latter – Aurelien Panis and Jeroen Slaghekke.