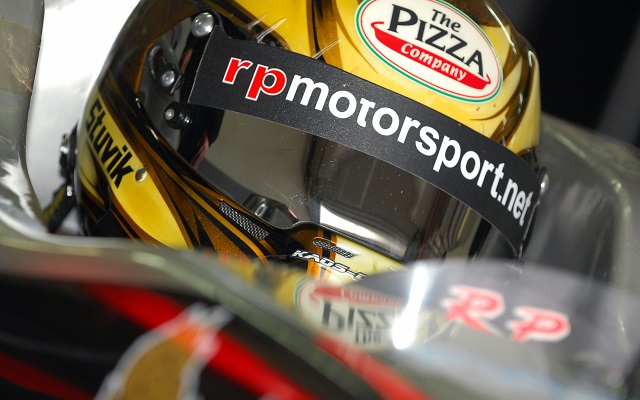 Sandy Stuvik started the third and final event of the 2014 Euroformula Open Winter Series at Catalunya by topping the opening day’s timesheets.

The Thai racer posted the fastest time in the second of four sessions of testing, beating second-placed Che One Lim by less than three tenths.

16-year-old Christopher Hoher finished the day in third, closely followed by his teammate Yarin Stern and Italian Tommaso Menchini, who completed his first day in the 2014 Winter Series.

In the morning, the first session saw Stuvik establish his frontrunning pace, as he beat Spanish karting graduate Alex Palou by one tenth of a second. Team West-Tec’s trio Hoher, Nicolas Pohler and Stern finished an extremely close practice as the three of them were only separated by 0.02s.

Stuvik went fastest once again in the second outing, narrowly ahead of Lim. Menchini and Stern finished third and fourth, while Cameron Twynham completed the top five.

The third practice was dominated by German F3 graduate Hoher, with the Austrian going seven tenths faster than everyone else. Yu Kanamaru took his first top-five of the day as he went second quickest, narrowly beating Twynham, Lim and Palou.

The last session of the day was a close affair with fourteen posting laps within the same second. It was Stuvik who topped the session yet again, leading Lim and Stern. Formula Renault graduate Konstantin Tereshchenko and Copa class runner-up Twynham made up the rest of the top five.

The action will resume tomorrow with another four sessions, which will mark the last official testing opportunity for the teams before the beginning of the regular season.