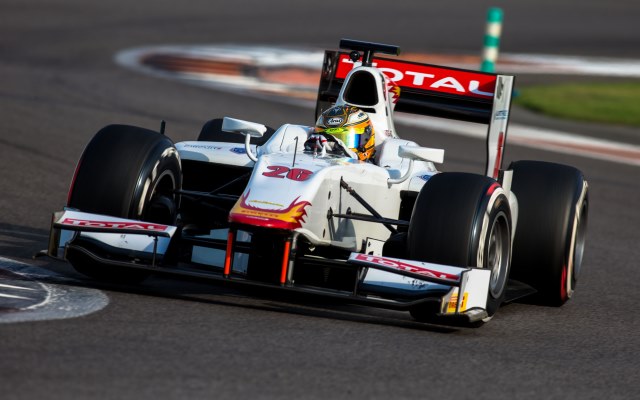 Arthur Pic topped the times in the final session of the opening GP2 pre-season test in Abu Dhabi.

In a session affected by sand blowing onto the circuit and even light rain, Campos driver Pic’s time of 1m51.006s at the end of the day put him four tenths of a second clear of second-placed Mitch Evans (Russian Time).

Johnny Cecotto and Jolyon Palmer kept up their strong pace to the end of the test, finishing up third and fourth. Palmer’s time of 1m49.126s from Tuesday afternoon ended up as the quickest of the week.

Daniel Abt took fifth for Hilmer – who revealed an expansion into GP3 during the session – with Stephane Richelmi sixth. Conor Daly rebounded from his roll on Wednesday morning to finish his test appearance with Lazarus in P7.

Rapax drivers Adrian Quaife-Hobbs and Simon Trummer made it into the top ten, separated by ninth-placed Jon Lancaster, who had set the pace in the morning session driving for MP Motorsport.

The second and final pre-season test takes place in Bahrain between Wednesday and Friday next week.