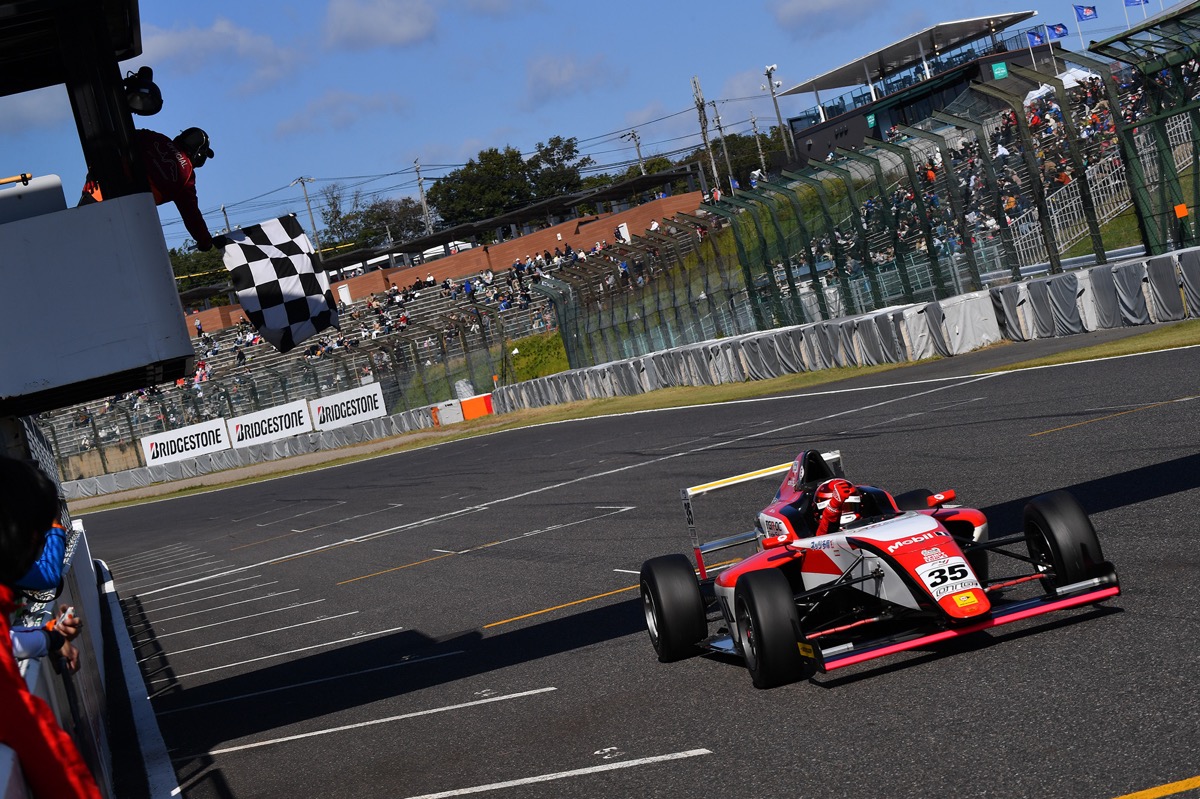 Toyota junior Hibiki Taira became the first driver to win three races in one weekend in Japanese Formula 4 at Suzuka with his fifth victory in a row.

Fastest lap in the first race of the weekend put Zap Speed’s Rin Arakawa on pole ahead of Taira, but it was Taira who made the better launch and was into the lead before the first corner of the race.

Arakawa stayed close to Taira over the opening two laps, but at the start of lap three of 11 he went off at Turn 3 and ended up in the barriers. His crash only required yellow flags at that corner, with no need for the safety car.

His early departure promoted Helm Motorsports’ Reiji Hiraki to second, but he was already 3.8 seconds behind the leader.

That gap grew over the rest of the race, and Hiraki went unchallenged for position by Vegaplus’s returnee Kakunoshin Ohta in third.

The closest battle of the race was for fourth, with Saccess Racing’s Seiya Motojima leading Ohta’s team-mate Syun Koide.

Koide was all over Motojima at the end of the fourth lap, but it took until 130R on lap five that he attempted a move. Motojima defended the inside, taking too much kerb in doing so, while Koide ran wide while taking the outside line but completed the move for fourth.

Down the pit straight Motojima drew back alongside, and reclaimed the place around the outside of Turn 1. Koide kept on the pressure, almost getting by at the same corner on lap eight.

Their battle drew in OTG Motor Sports’ Reimei Ito, who started to force Koide into defence at Turn 1. On the penultimate lap he went around the outside of the corner to snatch fifth, with Koide going deeper into Turn 2 to try to reclaim the place but unable to do so.