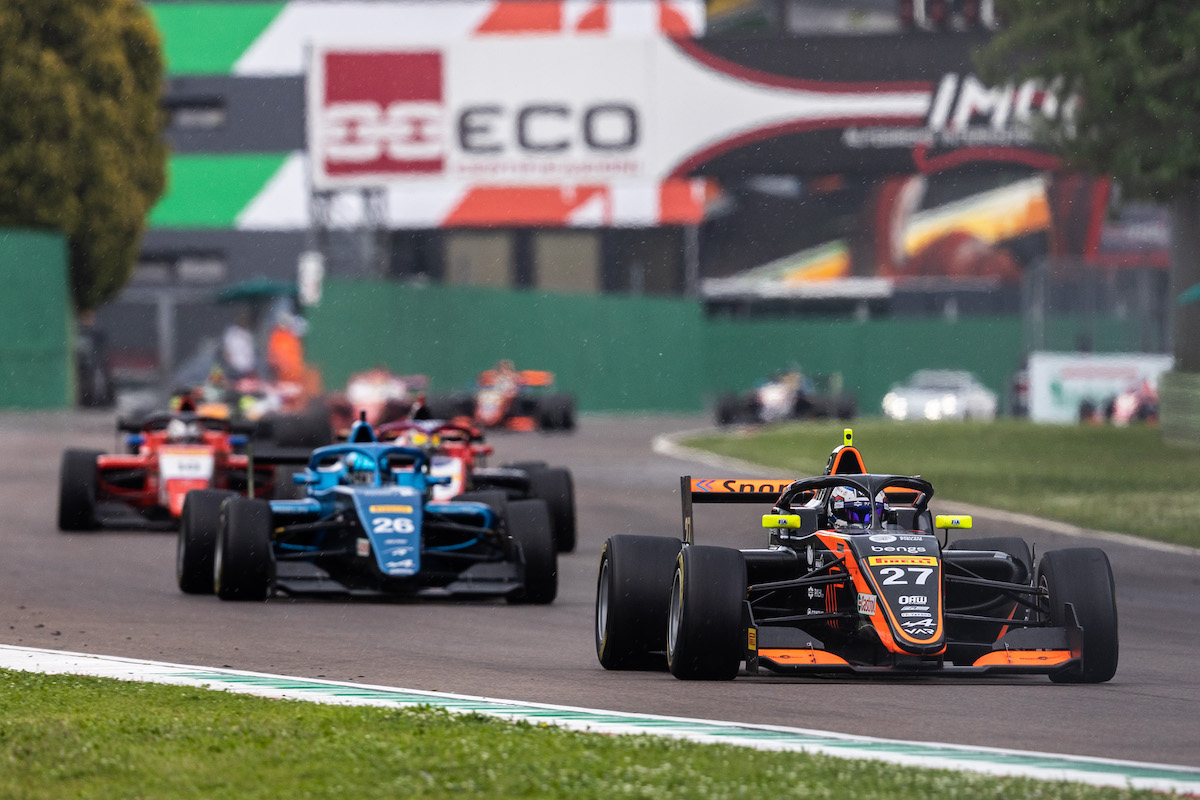 Kas Haverkort’s maiden podium in the Formula Regional European Championship by Alpine has been taken away from him after his Van Amersfoort Racing car failed post-race scrutineering.

Haverkort finished third race in two at Imola behind Gabriele Mini and Dino Beganovic, continuing a strong start to the season in which he had finished every race so far in the top five.

However, he was later disqualified from the race after the technical delegate declared the brake calliper piston seals on his car to be non-compliant.

Specifically, they were found to have “a degree of hardness different from original” when tested with a durometer.

The stewards confirmed the parts must be used exactly as supplied by the manufacturer, and stated that VAR “admitted that the sealed callipers are different compared to the original, and recognised the fact”.

Haverkort, the 2020 Spanish Formula 4 champion, had climbed to second in the championship behind Beganovic with his podium finish, but that disqualification now drops him to sixth in the standings.

R-ace GP driver Gabriel Bortoleto was promoted to the final podium position – his first of the season – ahead of team-mate Hadrien David and Michael Belov.

The stewards also gave a post-race penalty to Prema driver Hamda Al Qubaisi after she used FREC’s new-for-2022 push-to-pass button before crossing the start-finish line after the race was resumed behind the safety car following a red flag.

Ten seconds were added to Al Qubaisi’s time, demoting her from 29th to 31st in the final results after Haverkort’s disqualification.