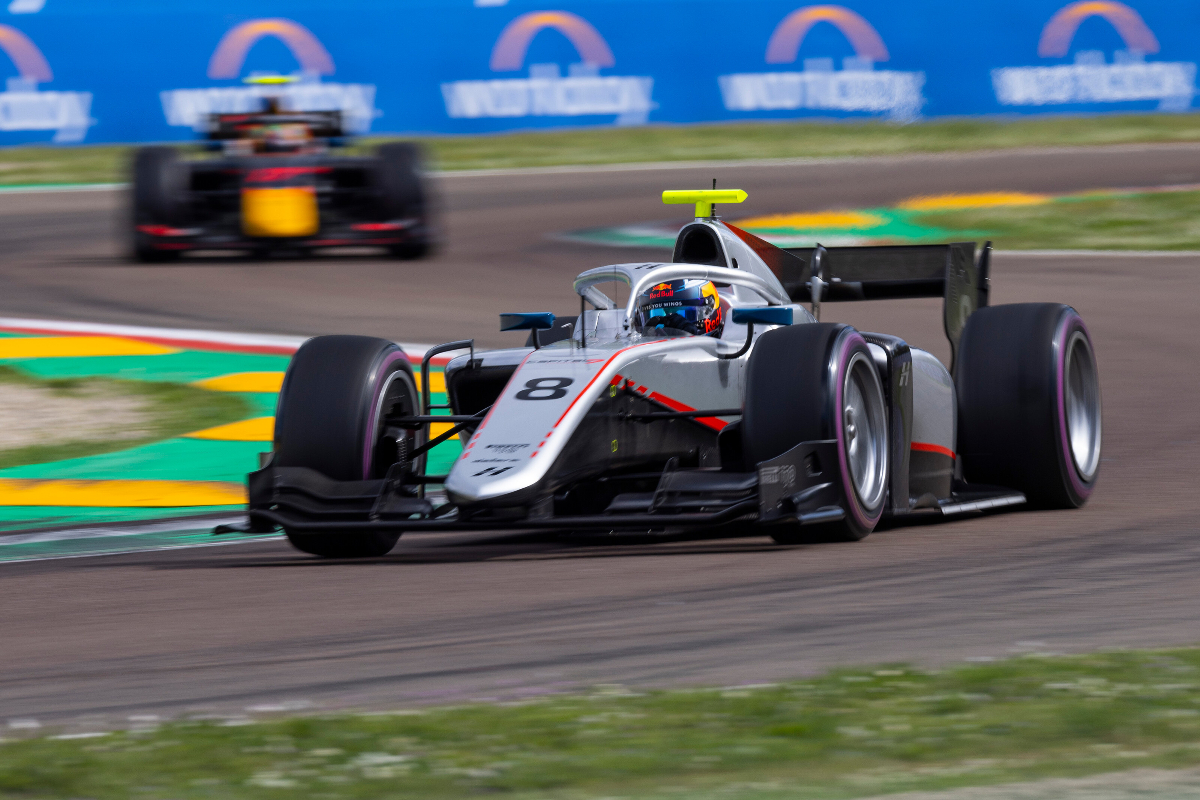 Half of the 22-strong F2 grid this season are F1 juniors, with three others being ex-juniors and one driver – Van Amersfoort Racing’s Jake Hughes – a paid member of the Mercedes-AMG F1 and Formula E teams as a reserve and simulator driver.

However MP Motorsport’s title contender Felipe Drugovich has never been associated to an F1 team, and recently there has also starring performances from Trident’s Richard Verschoor, an ex-Red Bull junior, and Campos Racing’s Ralph Boschung.

Formula Scout asked Michel about what message it sends to F1 teams with and without driver development programmes when drivers outside of them outperform F1 juniors.

“I think that shows one thing, for sure, is that you don’t need to be part of an academy to shine – that’s number one,” he said.

“I think it proves that you don’t need to be part of an academy to do a good job, but you need to be strong.

“Is it going to be more of an issue for them to go to F1 in the future? That’s the real question that they need to ask themselves, because when you are part of an academy it’s quite automatic, in fact you become – you look at [2021 F2 champion Oscar] Piastri. They come into the programme, and even if they don’t get into a seat, then they are part of the academy and they continue and be a reserve driver.”

“Now, you have also some academies with too many drivers sometimes,” Michel added. “And they are in a situation where they don’t know how to arbitrate between one driver or another one, because they have two, three drivers that are very strong in F2, or in F3, and that’s something that happens, and then who do you continue to support? So, it’s a very big question on which I cannot give you a clear answer, but I’m really happy to see drivers outside F1 academies do well, and I hope it continues.”