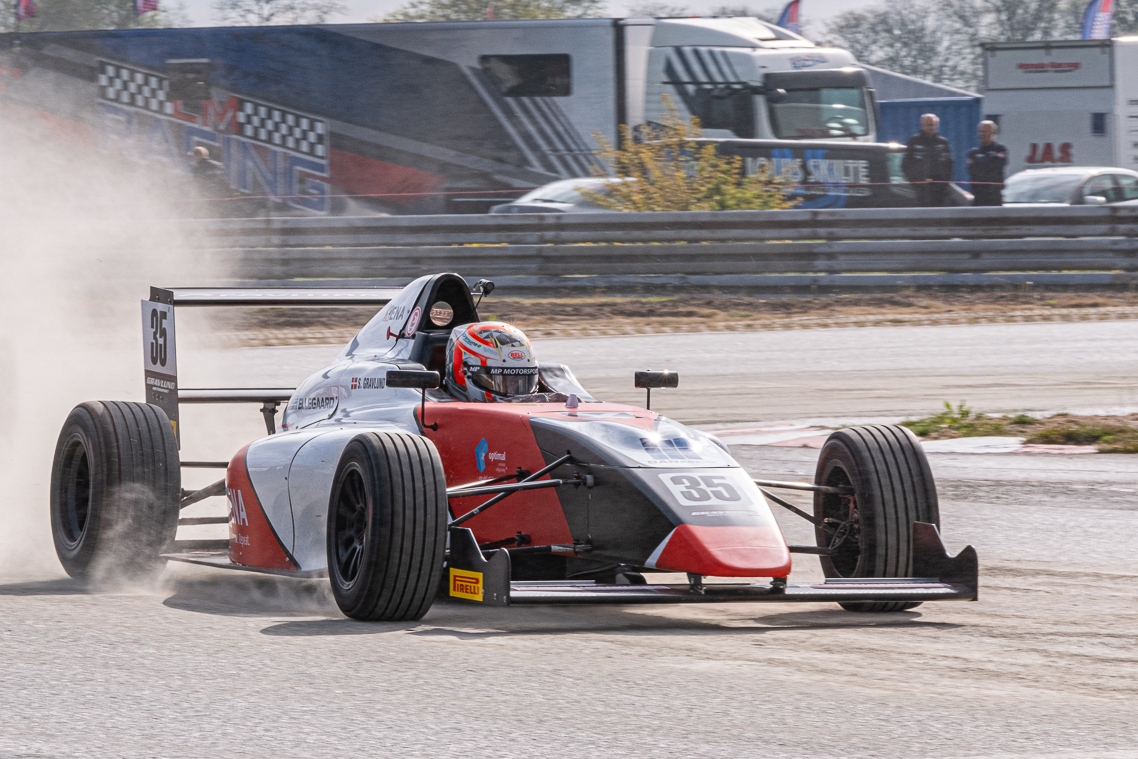 Sebastian Gravlund kicked off the 2022 Danish Formula 4 season at Padborg Park with victory in all three races.

The Team FormulaSport driver kicked off the weekend by comfortably setting the pace in practice, but he was pipped to pole by STEP Motorsport’s Julius Dinesen.

Dinesen kept the lead at the start of race one, but couldn’t hold back Gravlund for long as the 17-year-old went down the inside of him at the end of the back straight on lap two and then checked out up ahead.

Theodor Jensen and Alyx Coby both lost places at the start, the latter from stalling, and Mads Riis moved up to fifth place on lap one. Jensen came back at Riis and managed to regain his starting position, but then Riis passed him back.

Between them was Frederik Stena, which meant he started the reversed grid race two from pole. Coby started alongside but immediately copped a penalty for jumping the start with a brief lurch off the line, and Riis flew up to second from fourth.

Stena lasted two laps before Riis found a way through, but it wasn’t just him as the top four went down the back straight in a big group. Gravlund took to the grass as he tried to overtake, but emerged in third behind Riis and the family-run Magnus Pedersen who had spun Coby around.

The top three then broke away from Stena, who had to contain several cars behind him in the fight for fourth. Gravlund sat at the back of the lead group until an engine issue hit Riis and forced him out, and he capitalised to pass Pedersen (who had a cloud of smoke in front of him) just before Riis ended his race in the pits.

From there Gravlund pulled away to take win number two, and Dinesen and Jensen broke Stena’s defences to finish third and fourth. Hoe was F5 winner again.

Gravlund started from the pole position again for race three, and crafted a dominant third win ahead of Dinesen. Pedersen did get up to second place early and kept Gravlund in sight, but in the final quarter of the race dropped back and finished fourth behind Nielsen.