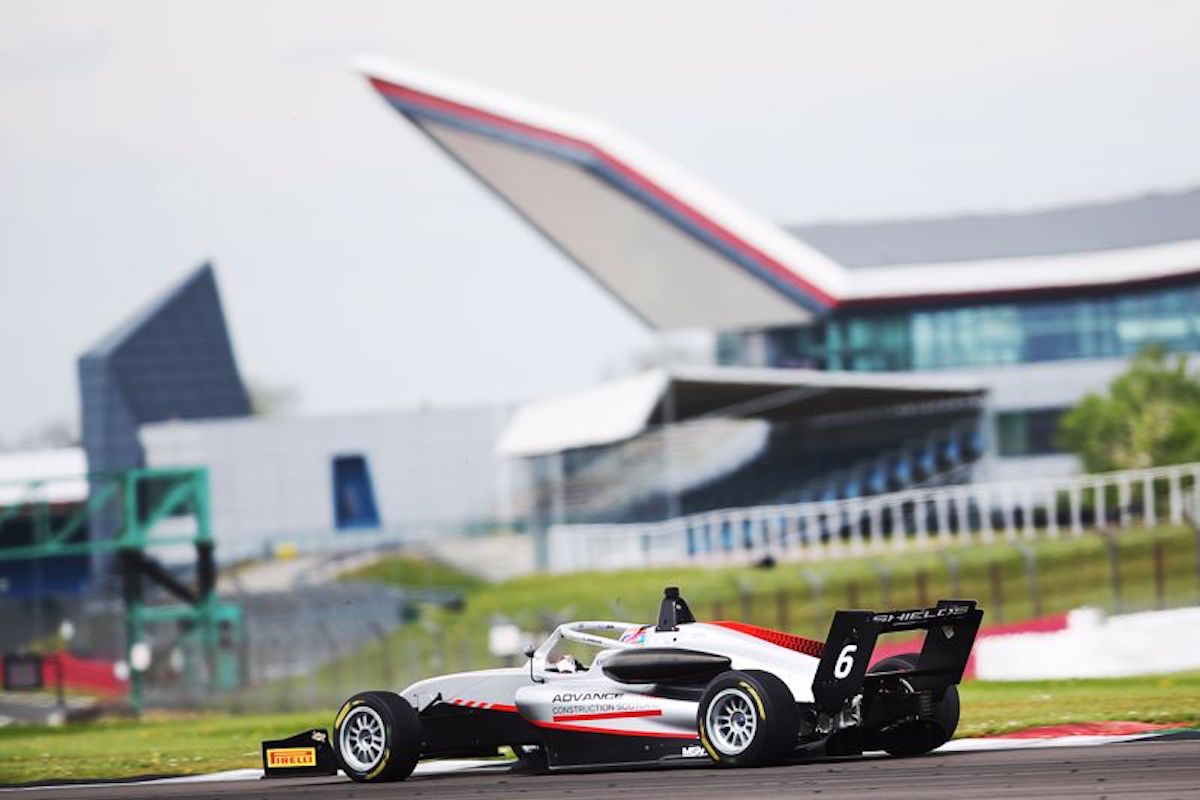 Hitech GP’s Cian Shields took his first-ever car racing victory in the final race of the weekend at Silverstone.

Shields took the lead away from polesitter David Morales at the start, and resisted race-long pressure from Hillspeed’s Nick Gilkes to win by 0.434 seconds.

Arden’s Morales was demoted to third at the start ahead of Douglas Motosport’s Tommy Smith and Hitech’s Bryce Aron.

Smith tried to pass Morales on the fourth lap on the Wellington Straight, but Aron darted up the inside of the pair of them to snatch third into Brooklands, before going on to take his first GB3 podium finish.

Fortec’s Zak Taylor tried to pass Smith around the outside of Woodcote, but ran wide and bounced across the grass and dropped down the field.

Arden’s Alex Connor was seventh ahead of Sagrera’s team-mate Callum Voisin and CDR’s Branden Lee Oxley. Both Voisin and Oxley were later handed five-second penalties for completing overtakes with all four wheels off the track. Voisin remained eighth but Oxley dropped 14th.

Fortec’s Joel Granfors made several overtakes to climb from the back of the field to 10th, which became ninth after Oxley’s penalty. The Swede moves into the lead of the championship by three points ahead of Luke Browning, who only gained one place to finish in 17th for Hitech.