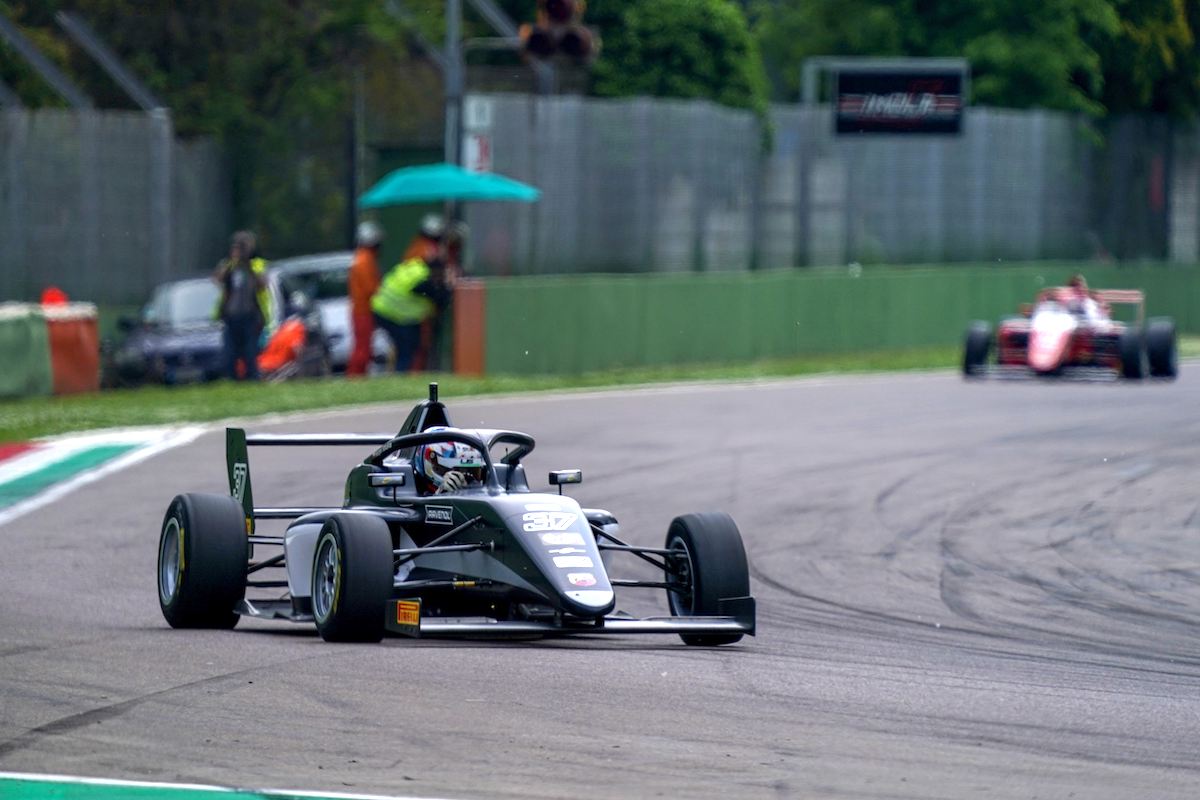 The US Racing driver beat poleman Ivan Domingues off the line and by the end of lap one had already built up a lead of 1.131s over his pursuers.

Ferrari junior Camara was quickly up to third from fifth on the grid, before passing Domingues before the braking zone for Tamburello and beginning to reel in the Pole out front.

As Camara set a series of fastest laps, the gap to Sztuka was down below 1s by the end of lap five. Camara had several looks into Tamburello but was never close enough to attempt a passing move, Sztuka driving superbly to fend him off.

Sztuka’s US Racing team-mate Alex Dunne, winner of race two, was lucky to emerge undamaged from a trip across the gravel at Tamburello on lap one. Dunne was also on a charge from ninth on the grid, moving up to third by lap six, although unable to close on the pair in front.

Antonelli’s difficult weekend seemed set to continue as he fought to move up from 10th on the grid. On lap 10 he made an overly optimistic move on team-mate James Wharton into Rivazza, the Italian locking up as he nudged Wharton off the track, dropping the Australian to 11th.

A late safety car bunched up the field, as the Prema cars of Camara and Antonelli tried to find a way past their US rivals. Camara tried to the inside at Tamburello and again at Tosa but Sztuka never allowed Camara the opportunity to get alongside.

The stewards investigated the contact between Antonelli and Wharton after the race and gave the former a 10-second penalty, relegating him to 10th place behind Wharton. It means he leaves the opening round with just a single championship point.