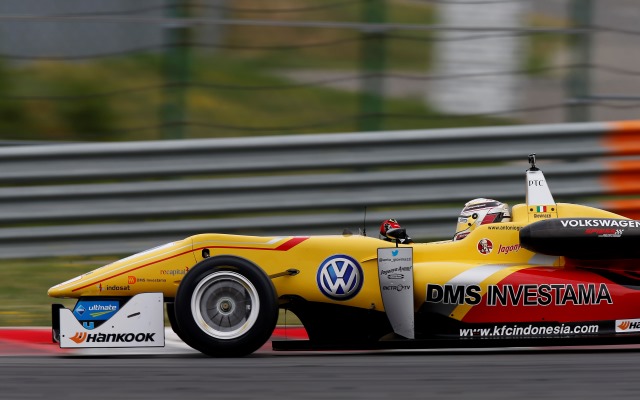 Antonio Giovinazzi set the pace in both Friday practice sessions ahead of qualifying for the second round of the FIA F3 European Championship at Hockenheim.

The Italian driver set a time of 1m34.019s during the first of the two 40-minute sessions in his Jagonya Ayam with Carlin entry, before lowering his benchmark to a 1m33.135s in the second session.

“It was a very good session for me and the car felt perfect out on track so I?m really pleased with our efforts,” said Giovinazzi, who managed a best result of fifth from the opening round of the season at Silverstone.

“We know we can do well in qualifying and we hope for three good races this weekend. Overall, I?d say that everything worked well and we head to qualifying in the best possible way.”

Championship-leading rookie Esteban Ocon was second to Giovinazzi in practice one for Prema, with Giovinazzi’s team-mate Tom Blomqvist in third.

The grid size has increased by one to 27 this weekend, with Jo Zeller Racing now running two cars for Tatiana Calderon and Sandro Zeller after the Colombian had taken Zeller Jr’s seat at short notice at Silverstone following her departure from the stillborn Signature-Renault project.