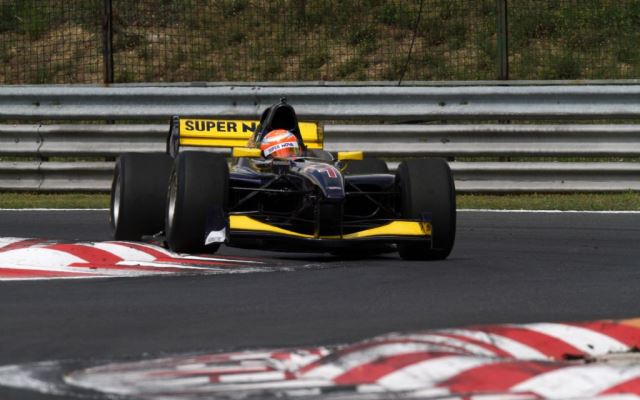 Less than a week after winning two races in German F3, Markus Pommer topped an interrupted Auto GP qualifying session at the Hungaroring.

Pommer was one of the two drivers who had the chance to record a proper lap in Q2 before heavy rain caused a red flag and forced the officials to stop the session. Although they later restarted it, the conditions made it impossible to improve upon the quickest time.

Local driver Tamas Pal Kiss will join Pommer in the front row, after he went 0.4s slower than the Super Nova driver.

Belgian rookie Sam Dejonghe and Italian racer Michela Cerruti both recorded their best qualifying results so far in the series by finishing third and fourth respectively.

The top ten was completed by championship leader Kimiya Sato and Kevin Giovesi, whose only Q2 laps were set after the red flag.