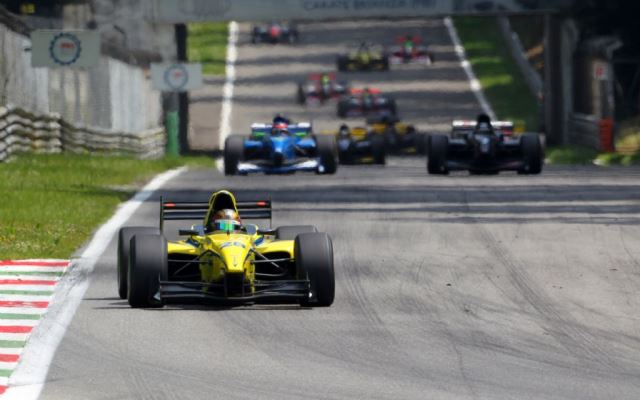 Starting on pole position after a botched pitstop left him finishing eighth in race one, the Eurotech driver led comfortably throughout.

Andrea Roda moved up into second early on from fifth on the grid and secured his best result in Auto GP in second, 2.4 seconds behind Giovesi.

Race one winner Markus Pommer made good progress early on and then took an early pitstop that gave him clean air and saw him finish the race in third. The result moves him to within eight points of Kimiya Sato, who has managed to hold onto the points lead despite missing this weekend.

Yoshitaka Kuroda finished fourth ahead of title contender Tamas Pal Kiss, who has ended up dropping from second to third in the standings on a weekend when he had an open goal to take the lead from Sato. Kuroda’s Euronova team-mate Shinya Michimi was sixth ahead of Michela Cerruti and Giuseppe Cipriani, who just held off Christof von Grunigen to take eighth at the line with Francesco Dracone in tenth.