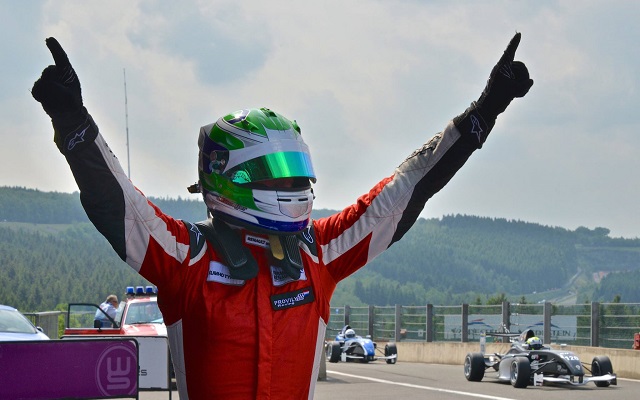 Provily’s Janneau Esmeijer took his second victory of the season in race two of the Formula Renault 1.6 NEC round at Spa-Francorchamps.

Starting from pole, the 17-year-old Dutchman kept the lead ahead of Anton De Pasquale off the line. The two of them ran in a one-two formation and were both untroubled until the checkered flag, just like in yesterday’s race.

A close battle between Max Defourny and Marcel Lenerz for third ended in a penultimate lap spin for Lenerz out of the Bus Stop chicane and a maiden podium for the Belgian karting graduate Defourny.

Lenerz had to settle for fifth, having also lost a position to Oliver Soderstrom due to his mistake.

FR1.6 Nordic points leader Joonas Lappalainen missed the action due to a wrist injury sustained in a crash in Saturday’s race one.