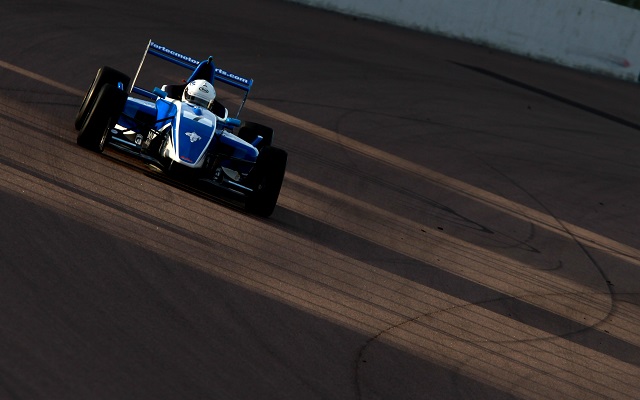 Having started from second, Gill put pressure on Ferrer right away before passing him on lap eight. The youngster started to pull away in the lead, only to lose his advantage because of a safety car period triggered by a collision between TJ Fischer and Wolfgang Reip.?

After the safety car, Gill managed to narrowly keep the lead and came home first with a 0.3s advantage over Ferrer, who completed the weekend as the championship leader.

Piers Hickin collected another podium finish, closely followed by Pietro Fittipaldi. With Ben Barnicoat having finished fifth, the RSF protege managed to end all the qualifying sessions and races in the very same position.