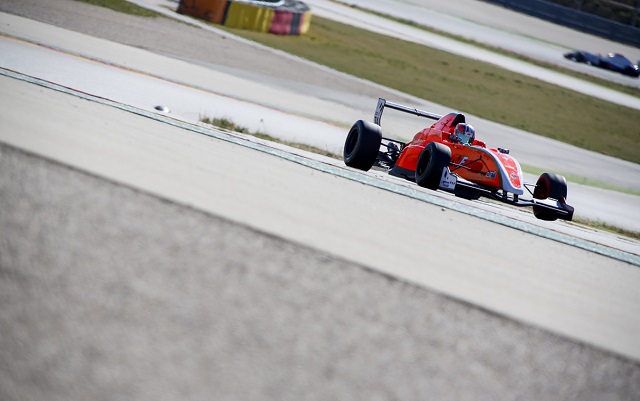 Graham, 17, was a world-class karting driver before his graduation to cars in 2013, having previously won the Asia-Pacific KF3 championship and the CIK-FIA U18 title. He joined BRDC F4 for the championship’s inaugural season and improved throughout the year to eventually take fourth in the standings, picking up victories at Silverstone and Brands along the way.

During the off-season, he participated in the BRDC F4 Winter Series and wound up narrowly beating Jake Cook and other rivals to the title. He tested FR2.0 machinery extensively and was at one point tipped for a Eurocup promotion with Manor, but ended up settling for NEC.

Zaruba, 18, makes the full-time switch to NEC after taking third in the Supersport class of Radical European Masters in 2013. The Czech driver guested in two rounds of last year’s NEC season with KEO, taking a best finish of 17th.

Surguladze, 17, makes the switch to the European single-seater scene after a local karting career in South Africa and several car racing participations in his native Georgia. He extensively tested with Koiranen in Eurocup pre-season events.