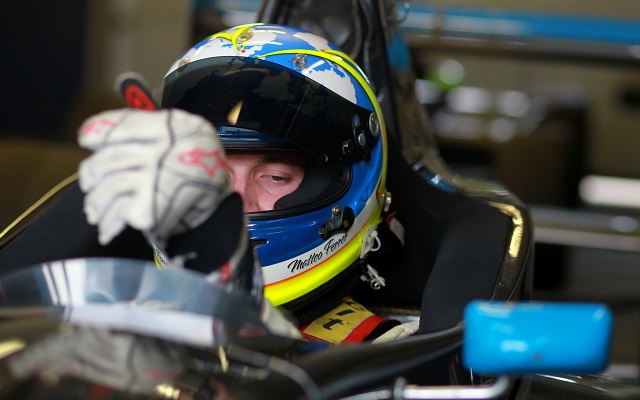 The 19-year-old Italian comfortably kept the lead after the start and built a 7.6s gap till the checkered flag.

Fortec’s karting graduate Alex Gill finished second after an impressive performance, with the 16-year-old fighting his way up the order after falling down to seventh on the opening lap. Proving his great pace, Gill, who retired from a podium position yesterday due to a puncture, also recorded the fastest lap the race.

Yesterday’s race winner Pietro Fittipaldi had to settle for fourth position as he lost places to Piers Hickin and Gill in the first and sixth laps respectively.

Ben Barnicoat finished another race in fifth, closely followed by his Belgian teammate, Wolfgang Reip.?Another battle between TJ Fischer and Tarun Reddy saw the American taking seventh, while Colin Noble Jr was ninth, having tumbled down the order during the closing laps due to a possible mechanical issue. Cliff Dempsey Racing’s Patrick Dussault rounded out the top ten.