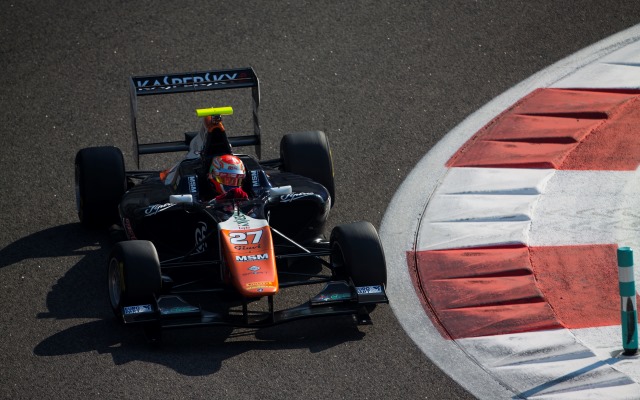 Remaining for a second day with the Trident team that took Luca Ghiotto to second place in the 2015 season, Fuoco claimed top spot inside the final hour by moving ahead of the Arden duo of Dennis and Charles Leclerc.

Both Arden drivers improved before the end but couldn’t topple Fuoco, with Dennis falling 0.058s short.

Leclerc, who set the pace for ART on day one, was 0.288s behind Fuoco and just ahead of Koiranen’s Matevos Isaakyan.

The remaining part of a stellar line-up at Arden, Eurocup Formula Renault 2.0 champion Jake Aitken took fifth just ahead of his season-long team-mate Jake Hughes, in evaluation with new team DAMS behind the wheel of a Status-run car.

The other two Trident entries made the top 10 with Kevin Jorg seventh and Steijn Schothorst 10th.