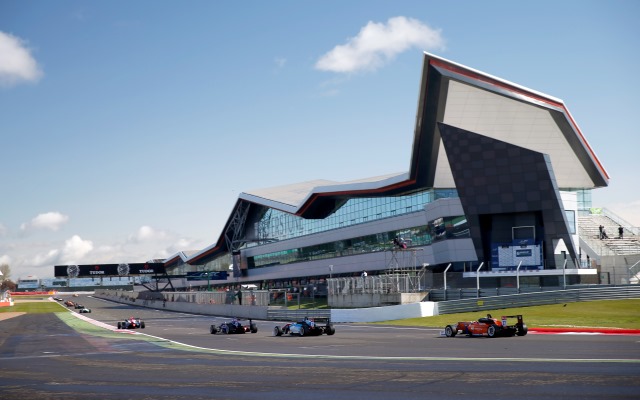 The FIA Formula 3 European Championship will not visit Britain next year after Silverstone was dropped from the calendar.

A World Motor Sport Council meeting on Wednesday approved the 2016 calendar which features 10 rounds – one fewer than before.

The series has lost the World Endurance Championship support slot it had maintained at Silverstone for the past three seasons, and which kicked off the campaign in both 2014 and ’15.

No alternative British round has been found, with Silverstone’s place instead taken by a second event in France; Paul Ricard joining the calendar to host the season opener on 2-3 April in support of the World Touring Car Championship.

Paul Ricard has not previously featured in the FIA series, but was a season-opener for the preceding F3 Euro Series in 2010-’11.

For the first time since its revival in 2003, European-level F3 will only feature at one of the two Hockenheim DTM events, with the May visit dropped.

The series will return to the Hungaroring after a year away, also supporting the WTCC in April (with Formula 3.5 V8 also on the bill), before the Pau Grand Prix in May and consecutive DTM events at Spielberg, the Norisring and Zandvoort.

Spa will be maintained on the calendar but this time as part of the Spa 24 Hours weekend at the end of July.

The Italian event returns to Imola after an ill-fated 2015 visit to Monza, with the October date (with France’s GT Tour) sandwiched by DTM support slots at the Nurburgring and at Hockenheim.

*subject to contractual agreement with the Spa 24 Hours promoter SRO

The World Motor Sport Council also announced that the lifetime of the current F3 chassis will be extended until the end of 2019, though a safety update kit will be introduced in either ’17 or ’18.

Also, the Single-Seater Commission will work to develop regional F3 championships again following the collapse of the British and German series at the end of 2014.

The WMSC statement said: “This is designed to promote the progression of young drivers into FIA championships once they are ready to graduate from their National F4 championships.

At the end of the 2016 season, there will be 300 Formula 4 drivers and the focus for the FIA is to ensure that these drivers have somewhere to go.”