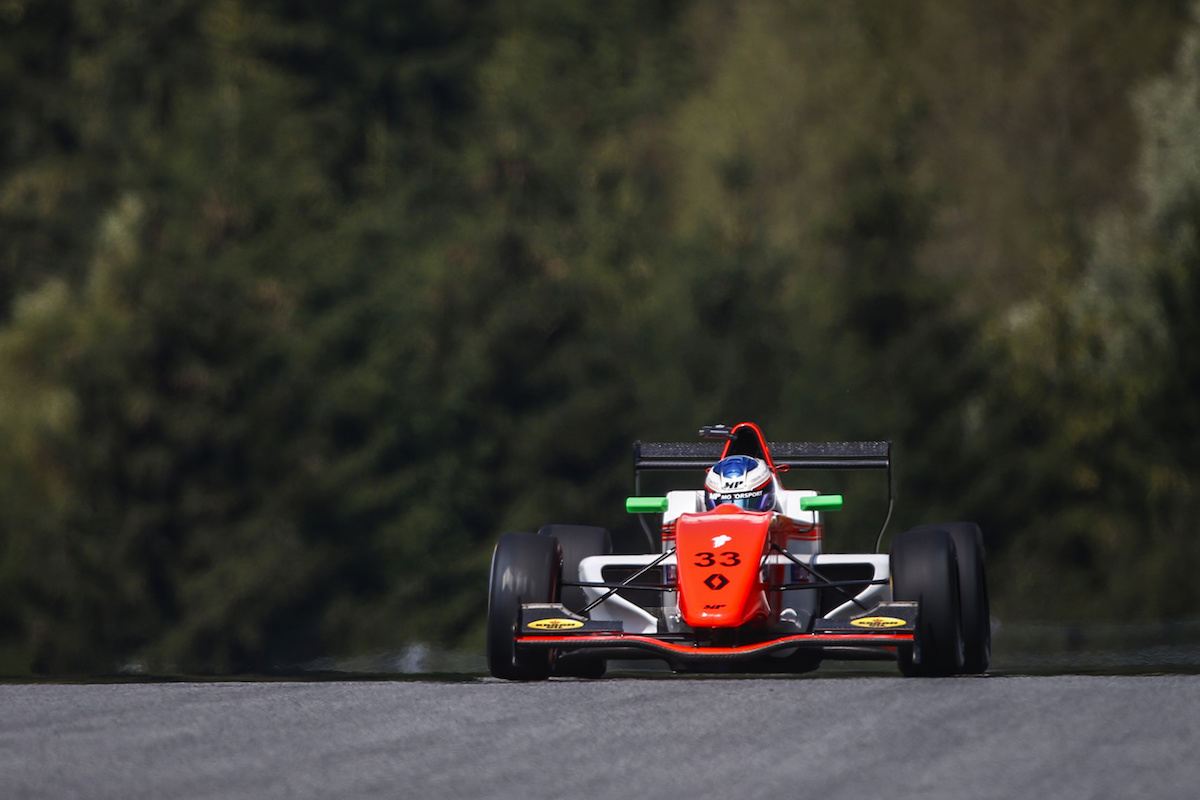 Sim racer Freek Schothorst will join the Formula Renault Eurocup grid at the Hungaroring this weekend for his second race meeting in single-seaters.

Schothorst was runner-up in McLaren’s World’s Fastest Gamer contest last year and made an impressive car racing debut in the opening round of the Northern European Zone Formula 4 season at Smolensk this May, taking two podium finishes from three races.

Remaining with the same MP Motorsport team, he will now step up to Formula Renault after testing the car.

He joins championship challenger Christian Lundgaard and Monaco winner Alex Peroni in the team, taking over the car that began the season in the hands of Max Defourny.

Following Defourny’s departure, former Renault junior Jarno Opmeer – a regular gamer himself who guided Schothorst through his F4 debut – returned to the team for the Red Bull Ring (pictured) and Spa.

?The Smolensk weekend with MP was very positive but we?ve always had our eye on Formula Renault,” said Schothorst.

“We have had some good days testing and believe that this is the right moment to step up. I will jumping in at the deep end, though. I have ambitions to finish in the top-15 straight away but I?m aware that it?s tough to join a series midway into the season.

“My main aim is to show good progress during the weekend and learn from Christian and Alex, both of whom are excellent drivers. The circuit won?t be the problem. I?ve sim-raced the Hungaroring many times and it really suits me.”

Team boss Sander Dorsman said:??I am very pleased to welcome Freek back in our team. Freek has walked a different path to single-seater racing than the majority of young drivers these days.

“He has only raced Formula 4 for us, but through his years as a gamer he has accumulated simulator experience in many more powerful cars. So I?m confident he will shine in our Formula Renault car.?

By racing in the Eurocup, Schothorst will follow brothers Pieter and Steijn, who are now both competing in the Blancpain GT Series.