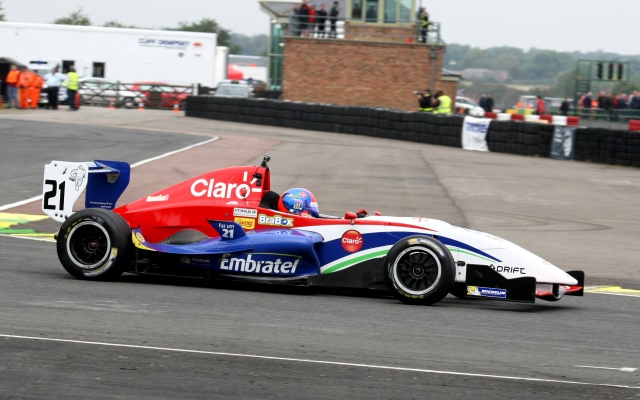 Pietro Fittipaldi has wrapped up the 2014 Protyre Formula Renault title with his tenth win from 13 races so far this season in race two at Croft.

Fittipaldi took the lead at the start from one of his championship rivals Alex Gill, and proceeded to stretch out a gap of eight seconds up front during the race, before easing off in the final two laps as he made sure of victory and the series crown. He is now 89 points clear of the rest, with only 68 available from next weekend’s final round at Silverstone.

Gill finished in second after holding off Piers Hickin, who had earlier won race one to end Fittipaldi’s eight race winning streak.

Colin Noble was fourth ahead of Matteo Ferrer, while TJ Fischer recovered to sixth after dropping towards the back off the start from third on the grid.