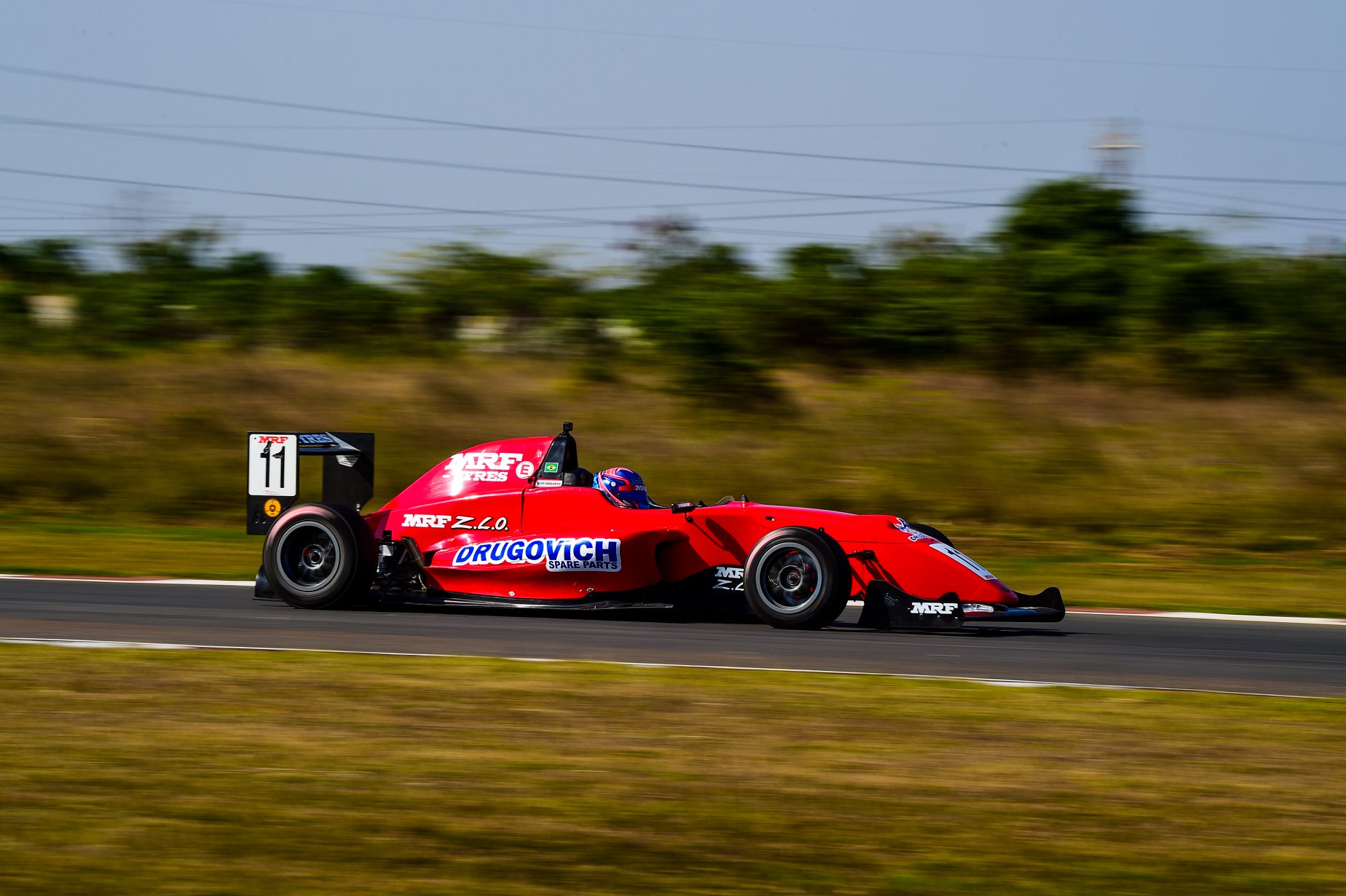 MRF Challenge champion Felipe Drugovich rounded out the season with record ninth and 10th wins in commanding fashion at Chennai.

The Brazilian took the win in race three of the weekend with an impressive pass around the outside of Presley Martono at Turn 8 on lap four following an early safety car.

After that he pulled away to win by 11 seconds over Martono, who had to try and keep Rinus VeeKay at bay in a battle not only for second in the race but also second in the championship.

On lap 13 of 20, VeeKay got alongside Martono on the outside of Turn 4 but was edged onto the grass on the exit and had to settle for third.

Louis Gachot had a go at challenging VeeKay earlier on but ended up losing fourth to Danial Frost. Gachot did however beat Julien Falchero to fifth.

A late change put VeeKay on pole ahead of Drugovich for the finale but Drugovich soon rectified that with a better start to lead into the first corner.

He controlled the race from there onwards, finishing four seconds clear despite easing off on the last lap.

Martono put pressure onto VeeKay at one stage but did not need to risk a move in order to finish the season as the championship runner-up ahead of the Dutchman.

Robert Megennis started and finished fourth to match his best result of the campaign, in front of Harri Jones and Frost.