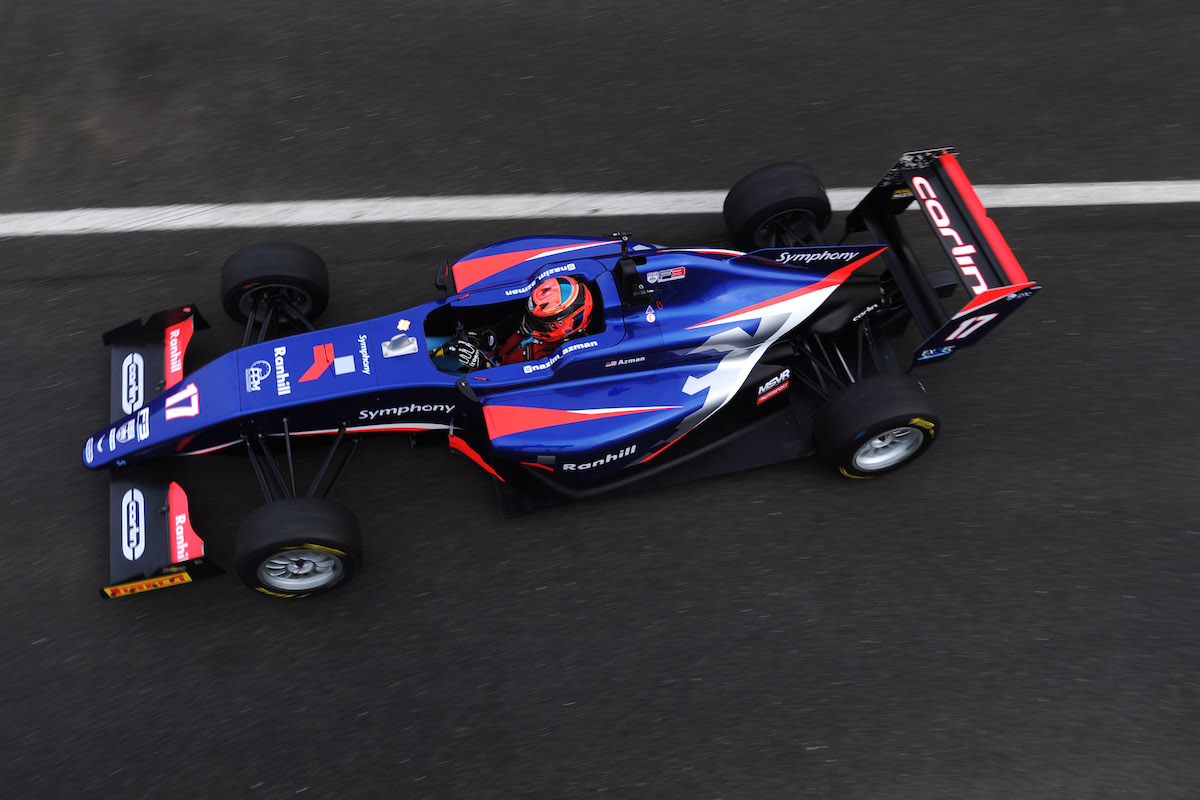 Nazim Azman secured his first BRDC British Formula 3 race win of the season after a storming start from fourth on the grid at Brands Hatch.

The Carlin driver jumped up to first as those ahead of him on the grid struggled to get away and wouldn’t relinquish the position throughout the 14-lap race.

Reece Ushijima and Bart Horsten stuck close to Azman early on as the trio broke away from the rest of the field, but it wasn’t long before Oliver Clarke and Kiern Jewiss joined them at the front.

For a while the top five were relatively evenly spaced, each around 0.5s away from the drivers ahead of them but as Jewiss began to close that gap to Clarke the top three were able to break away again.

Azman finished a comfortable 0.699s ahead of Ushijima to take his first and Carlin’s fourth win of the season.

Further back down the order, both Kaylen Frederick and Kush Maini struggled to make up positions. Maini, who started two positions ahead of Frederick, climbed up to 11th, while Frederick finished 0.482s behind him in 12th. They remain level on points heading into the third race of the weekend.

Ulysse de Pauw secured the fastest lap of the race on the final lap as he tried to close the gap to sixth placed Benjamin Pedersen. He came home seventh, just ahead of Josh Skelton as Josh Mason and Sasakorn Chaimongkol completed the top 10.