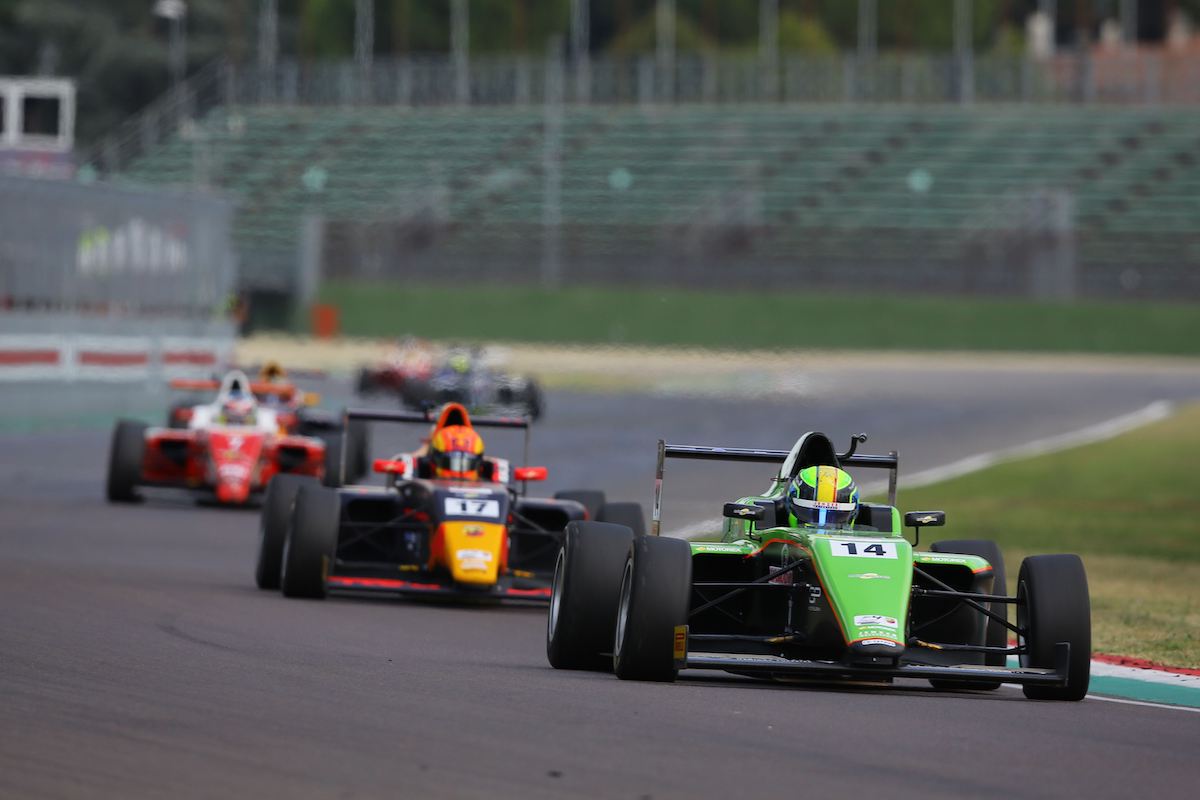 Filip Ugran resisted pressure from Red Bull juniors Jonny Edgar and Jak Crawford to earn his first Italian Formula 4 victory in the first race of round two of the season at Imola.

Van Amersfoort Racing’s Edgar vaulted past fellow Red Bull protege Jak Crawford into second place on the run down to Turn 1 on the opening lap.

Edgar then passed polesitting Ferrari junior Dino Beganvoic (Prema) around the outside of the second chicane to take the race lead. Crawford attempted to follow his team-mate through as the duo ran side-by-side through the Turn 7 hairpin.

However, the pair made contact on the exit of the corner and although both drivers were able to continue (with some minor damage), Ugran slipped passed them both and into second place behind race leader Edgar.

The safety car was required at the end of the opening lap to recover a number of stricken cars, two of which were eliminated from the race when Alex Gnos creamed into the back of the stalled Cram Motorsport-run car of Mateusz Kaprzyk.

Ugran – who ended his wait for a maiden F4 victory with a brace of wins in last weekend’s Spanish F4 round at Paul Ricard – pressured Edgar on the restart.

He seized the chance to move into the race lead as Edgar ran wide through the gravel at the first chicane.

Edgar put pressure on Ugran for the rest of the race, but Jenzer Motorsport driver Ugran resisted for his maiden Italian F4 win from fourth on the grid.

Crawford passed Beganovic around the outside of Turn 1 for third place, but couldn’t find a way past his team-mate and was forced to settle for third place on his debut in the Italian F4 series.

Championship leader Francesco Pizzi, who crashed in qualifying, finished in seventh place after starting 10th on the grid in his VAR car.