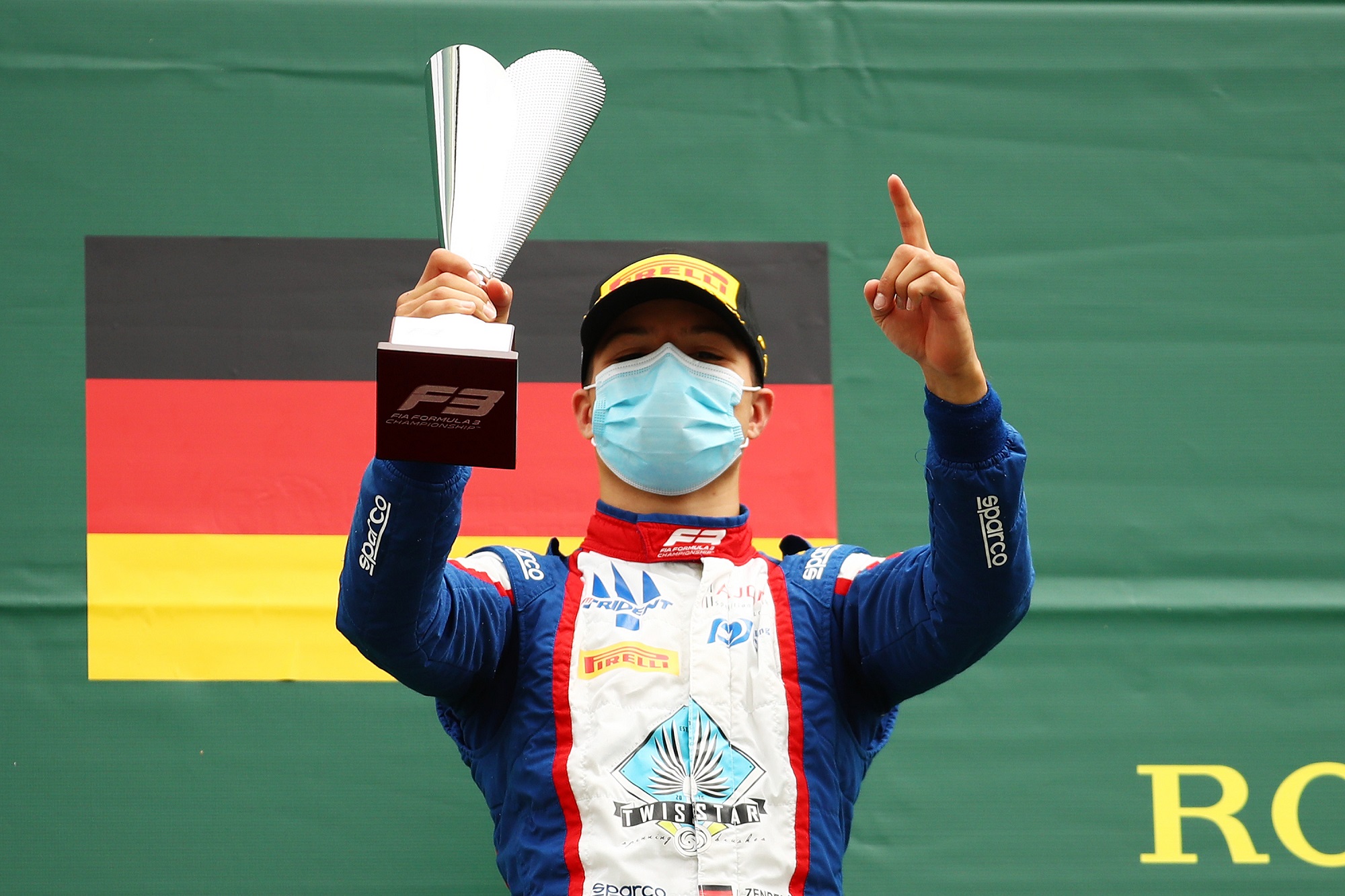 Lirim Zendeli admits he was wary of a repeat of his late-race heartbreak at Silverstone while he was on his way to his maiden FIA Formula 3 Championship win at Spa-Francorchamps.

MP Motorsport’s Bent Viscaal overcame long-time race leader Zendeli on the final lap of the fourth and final race at Silverstone to deny the 20-year-old Trident driver by just under two-tenths of a second.

Zendeli led Saturday’s first race at Spa in a similar style from pole position, with ART Grand Prix’s Theo Pourchaire close behind him in second place in the early stages of the race.

Sauber junior Pourchaire set the fastest lap on the second tour and closed to within one second of Zendeli, but Zendeli was able to break away following a virtual safety car period and claim the win by four seconds.

Zendeli admitted after the race that he expected more of a challenge from Pourchaire on the opening lap and that what happened at Silverstone was on his mind.

“I was waiting for Theo to close up at the end of the straight [on the opening lap],” Zendeli said. “He was not so far off out of Turn 1, but somehow I stayed in front. It was good for me.

“I also thought that – well I don’t know what happened in the back – but I thought that there would be more overtaking and I’d have to fight also a lot. But, for me, I had the chance in Silverstone to win and I couldn’t do it, and now it was only head down and push as much as you can.

“For me, I didn’t want to have a Silverstone again, to be at the front the whole race and in the last lap, to lose it. When Theo was eight, nine-tenths behind me, I was like OK, there is going to be some sort of Silverstone now, we will have to fight at the end, but also maybe a bit lucky that he had some tyre degradation at the end.”

Beckmann finished third this time to move up to the same position in the drivers’ championship, while Zendeli vaults from 11th to seventh in the standings.

“My goal now is just to keep the pace, to score as many points as I can recover back. I don’t know where we can finish at the end, I was quite far off the top five. I am aiming for being in the top five, for sure the weekends have to be as good as now, and that is what I am looking for.”