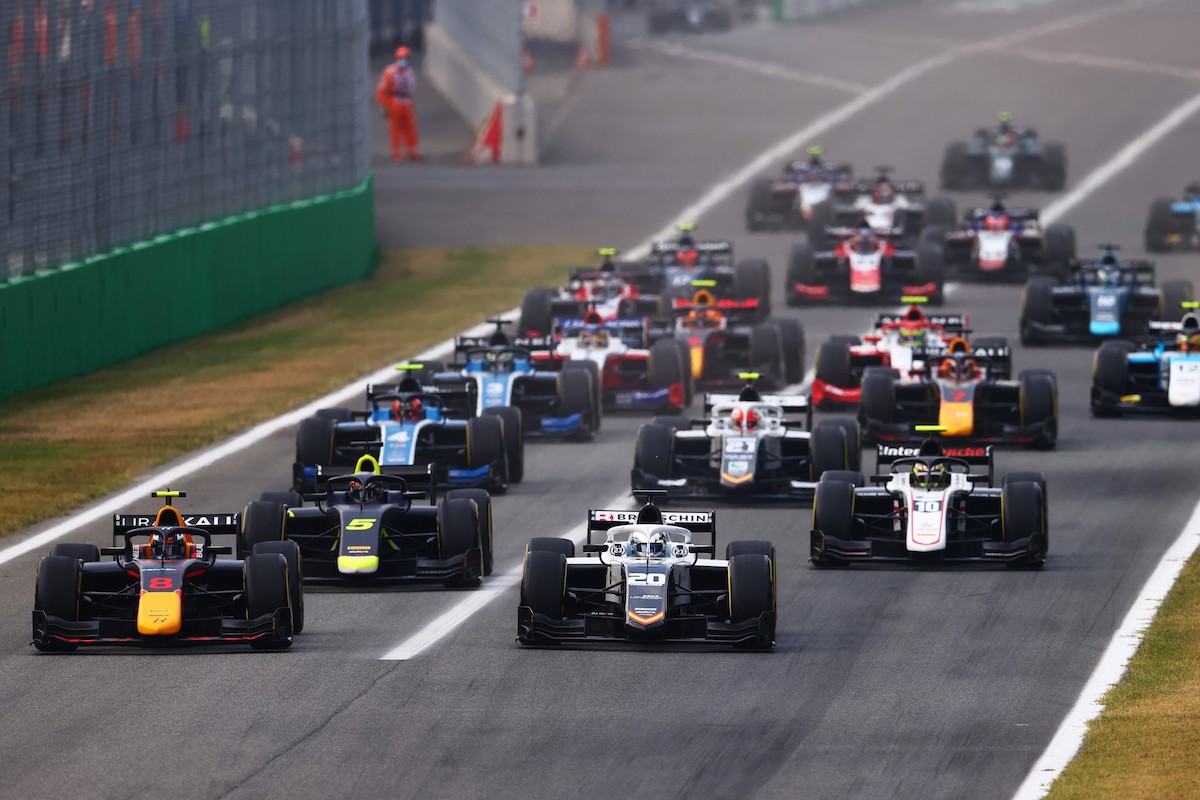 The FIA Formula 2 and Formula 3 championships will return to having two races per round in 2022 and race alongside each other on a regular basis once more.

Both Formula 1 support championships moved to a three-race format for 2021 with fewer rounds, a change introduced on cost-cutting grounds.

However, the switch has not been universally popular, with the large gaps between rounds for each series being criticised in particular.

One element of the 2021 changes will remain, with qualifying to continue to set the grid for the final race of each weekend on a Sunday, and the earlier race to be set by reversing the qualifying results – the top 10 for F2 and top 12 for F3.

The championship’s CEO Bruno Michel said the 2021 format “proved to be quite efficient”, but explained why it would not be continued.

“Even if sporting-wise that new format worked pretty well, we understood that there was too much time in between each event, which was not ideal for the teams, the drivers and the fans,” Michel said.

“At the same time, there has been a strong will by the different stakeholders to have F1, F2 and F3 racing together again. After careful consideration, together with the FIA, we have decided to change the sporting regulations accordingly.

“This is great news for the fans because we are enhancing the overall F1 Grand Prix weekend experience, having all three championships racing together, at as many events as possible.

“However, we are keeping our races where the most points are allocated and the stakes are higher on Sundays, ahead of the Formula 1 Grand Prix. It’s worked quite well this year and I believe this has brought a lot of action and entertainment on Sunday morning.”

F2 and F3 have been unexpectedly reunited at Sochi this weekend – with a planned three races for each – after the latter’s trip to Austin was called off.

The number of rounds each championship will do will be announced at a later date, with a calendar expected to be announced alongside Formula 1’s at the next meeting of the FIA World Council on October 15.