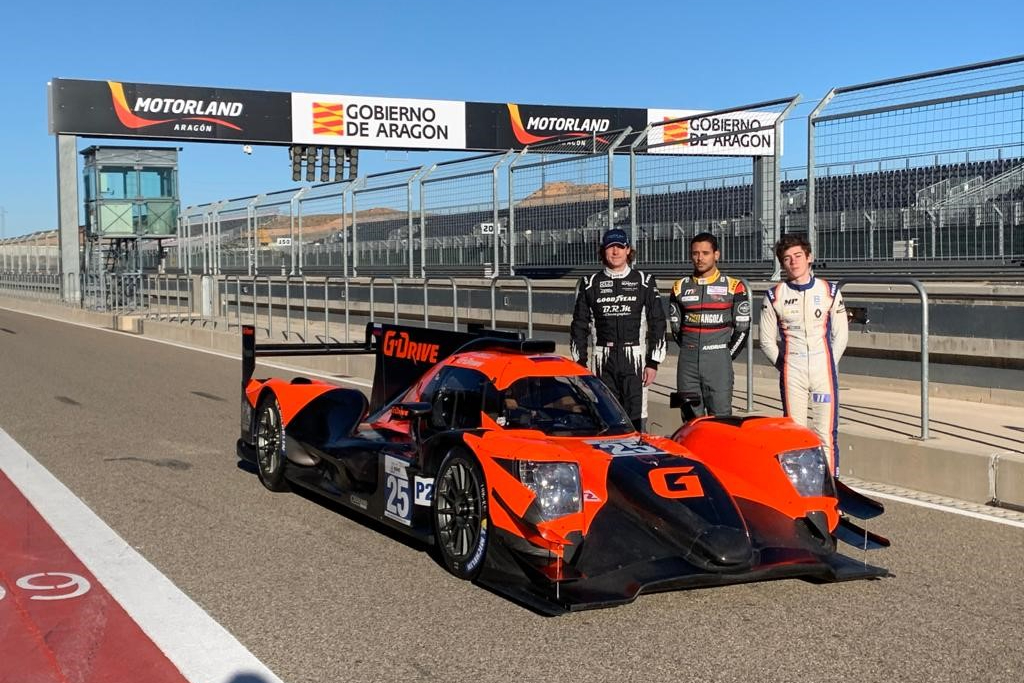 Former Youth Olympic athlete Colapinto won the Spanish Formula 4 title in his first full year of car racing last year. The Argentinian then moved up to the Toyota Racing Series and Eurocup for 2020 and won in both series.

“Before I tested in Portimao, my only experience in an LMP2 car was in the Virtual 24 Hours of Le Mans,” said Colapinto.

“Coming from F4 and just one season of Formula Renault, it’s a big change. The power, braking and downforce is just so amazing. I think I always step up to new challenges well, because I won F4 in my first year and finished as the highest debutant in Formula Renault.

“I can’t wait to get back behind the wheel, and to do it with Rui is so exciting. I’ve watched Algarve Pro Racing in the real 24 Hours of Le Mans and I know they are an amazing team so I’m sure we’ll have good success in the ALMS.”

Angolan talent Andrade has also raced in Spanish F4, TRS and the Eurocup, as well as F4 United Arab Emirates, but has done most of his racing in Euroformula.

In two seasons he has a best finish of sixth, and has been privately testing with Motopark during the off-season ahead of a potential 2021 return.

“I just can’t wait to get back to Abu Dhabi, as it’s where my career really kicked off when I got seven podiums in UAE F4,” Andrade said.

“To be returning just a few years later in LMP2 is incredible. Before the test in Portimao, I had a few different opportunities lined up, but I knew this was the one I wanted to pursue as soon as I arrived.

“Algarve Pro Racing is so professional and friendly, and they helped me to learn the new car quickly so I could focus on improving my laptimes.”