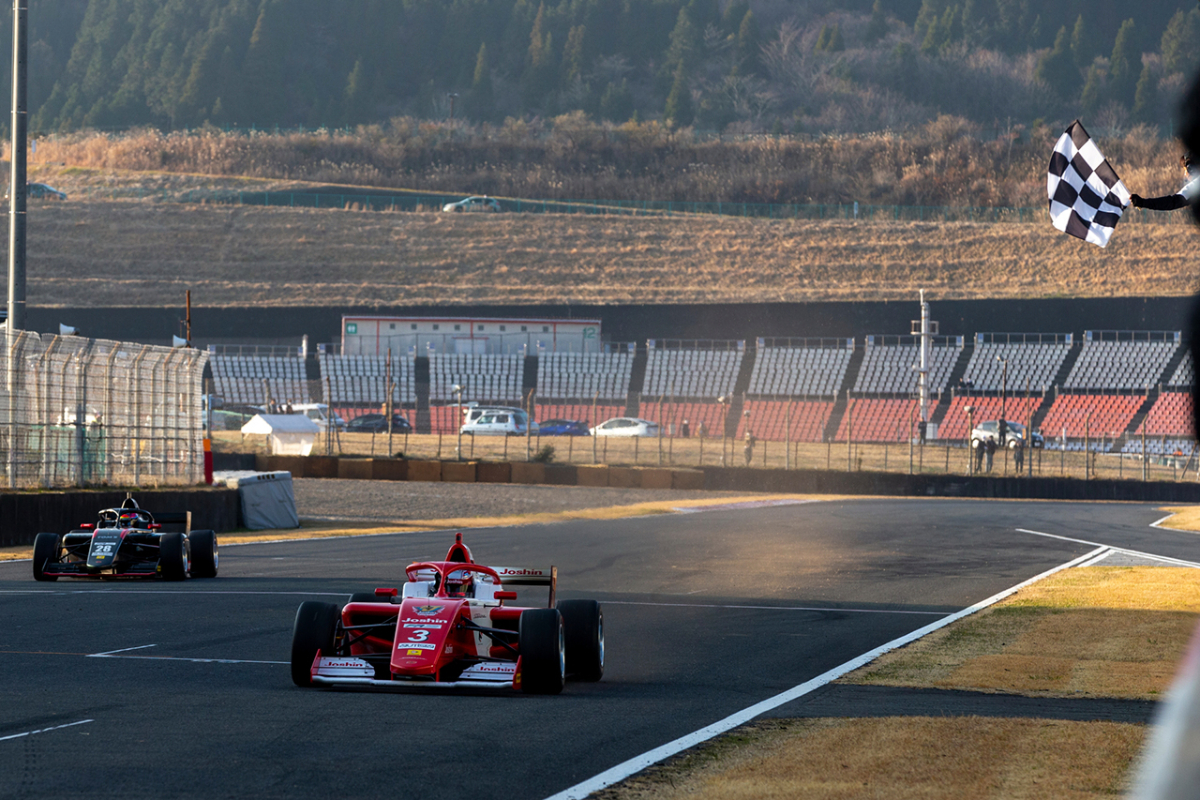 Sena Sakaguchi ended the first ever Formula Regional Japanese Championship season at Autopolis with the title and an unbeaten run of 11 wins from 11 starts.

The Sutekina Racing Team driver had his run of poles ended by TOM’S rival Yuga Furutani in qualifying, which ran to a new format of a single 30-minute session and with the grids for races one and two set by the fastest and second-fastest laptimes of each driver.

Furutani’s run on new tyres at the end of qualifying put him past Sutekina returnee Yu Kanamarau for race one pole by just 0.015 seconds, and ahead of Sakaguchi by 0.017s for race two pole.

That advantage came to nothing in race one, as Furutani stalled and fell to the back of the five-car field while former Formula V8 3.5 driver Kanamaru raced into the lead.

Kanamaru held a comfortable early lead, before Sakaguchi and Furutani started to close in as the race entered its second half and Kanamaru had to defend.

The overtake for the lead came at the start of lap nine, with Sakaguchi taking the outside line of the first corner. He remained side-by-side with Kanamaru all the way down the straight to turn 3, where he completed the move Furutani also almost slipped past.

It took a few more laps for Furutani to claim second, getting by quite forcefully at turn 1, and he then had to spend the remaining laps pursuing Sakaguchi. They finished just under half a second apart, while Kanamaru coasted to third.

With victory Sakaguchi was also crowned champion, while Motoyama’s return resulted in a fourth place finish.

Furutani again stalled from pole in the season finale. This time he got the car off the line, slowly, and was still in fourth by the time they reached the opening corner, but Sakaguchi was already leading and on the way to another win.

Furutani fought his way past Motoyama for third at turn 2, then passed Kanamaru for second down the inside of turn 1 on the next lap. He was unable to hunt down Sakaguchi in time to challenge for the win, but did set fastest lap in his pursuit.

Motoyama tracked down Kanamaru and passed him for the final podium spot, but his racing return ended in the gravel with two laps to go after going off at turn 11.