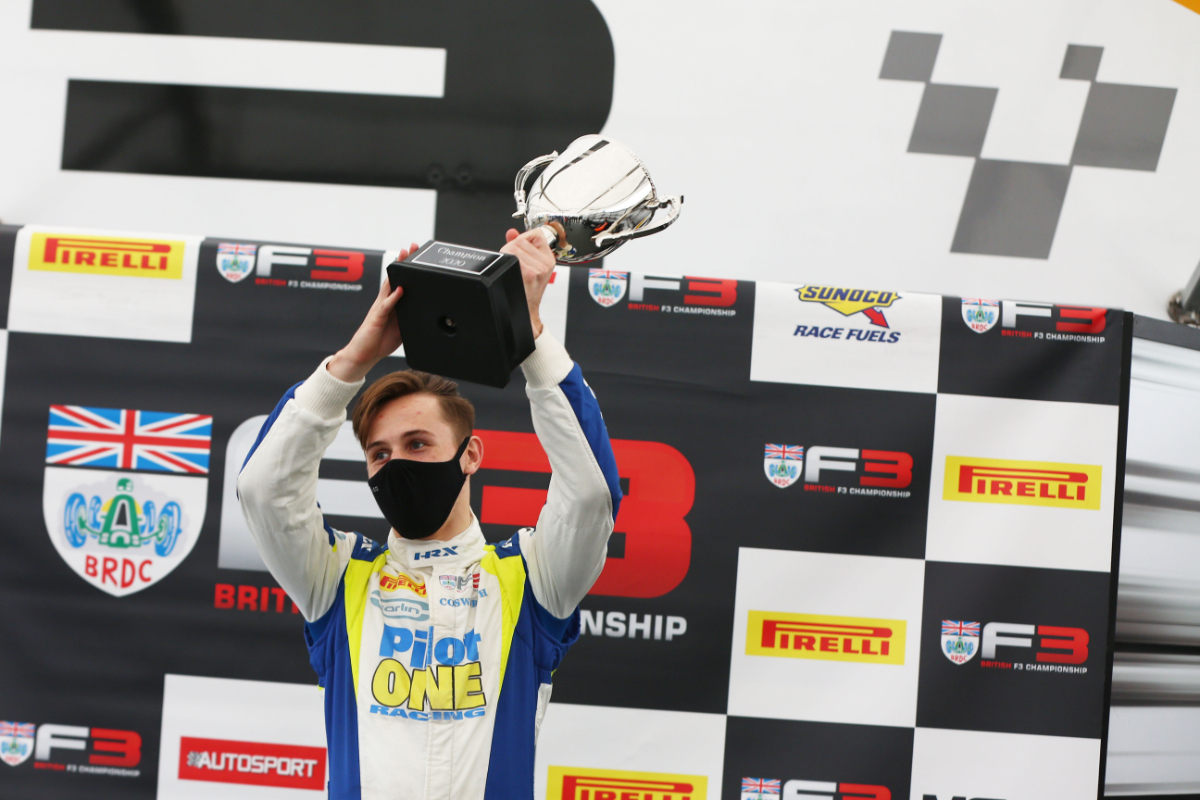 Kaylen Frederick has described the effort he had to put in to overhaul Kush Maini in the fight for the BRDC British Formula 3 title this year.

Carlin driver Frederick won nine races across the season, but it was Hitech GP rival Maini who led the points in the middle of the season.

“We didn’t put a foot wrong, we had a great start and had amazing pace,” Frederick said of the title-clinching weekend.

“I’m just so happy to finally wrap up the championship, we’ve had a few ups and downs but we kept at it and we put in the work we needed to to catch up and then pull ahead with a really solid gap at the end in terms of points.

“It seems to be the case [big wins], we’ve been pretty unstoppable once we’ve got out in the lead. There really wasn’t too much to it besides from managing tyres a little bit. So it was an enjoyable last cruise in this car!”

Winning the title will likely help Frederick’s 2021 plans, which currently revolve around staying with Carlin in a move up to Euroformula or finding a FIA F3 Championship seat. He has already raced in Euroformula before, contesting the 2018 season finale with RP Motorsport, and has recently been testing with Carlin in Portugal in the new Dallara 320 car.

“Just thinking about plans going into the future, it [the title] just makes things a lot easier getting into other teams or even just my self-confidence going into the bigger series. It will help me out just that little bit.

“It’ll probably still be another form of F3 [in 2021=, whether that’s FIA F3 or Euroformula, we’ll see. We’ll see what series suits us better but this championship will help us out going into whatever we want to do next year.”