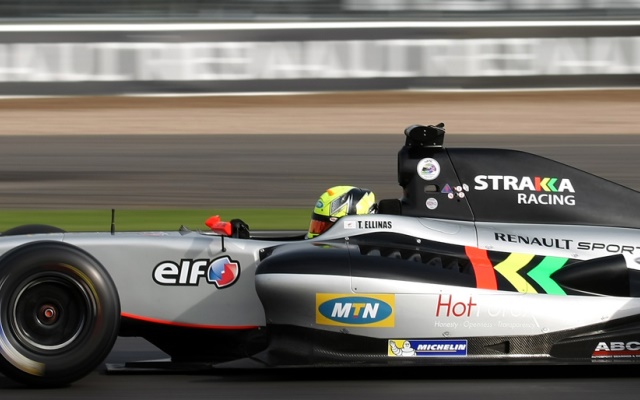 Oliver Rowland may have work to do to score the single point he needs to wrap up the Formula Renault 3.5 title in race two at Le Mans after qualifying back in 14th as Tio Ellinas claimed pole.

Rowland had gone onto provisional pole with just minutes remaining, but ended up way down the order and 1.2 seconds off the pace after a subsequent better lap was deleted for exceeding track limits – although that would only have been good enough for ninth.

His rival Matthieu Vaxiviere qualified second, nearly half a second behind Ellinas, and will keep the title fight alive to the final round at Jerez if he can win and Rowland does not get into the top 10.

Vaxiviere’s compatriots Tom Dillmann and Aurelien Panis made it three Frenchmen in the top four on home ground.

The top 10 was rounded out by Jazeman Jaafar, Nicholas Latifi and Alfonso Celis, with Marlon Stockinger, Roy Nissany and Gustav Malja also ahead of Rowland.

The session was delayed by over 20 minutes after Andre Negrao‘s sole Draco car dropped oil all over the circuit as smoke billowed from the rear on his out-lap.